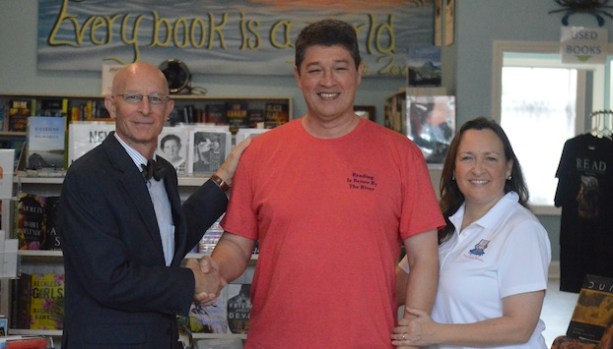 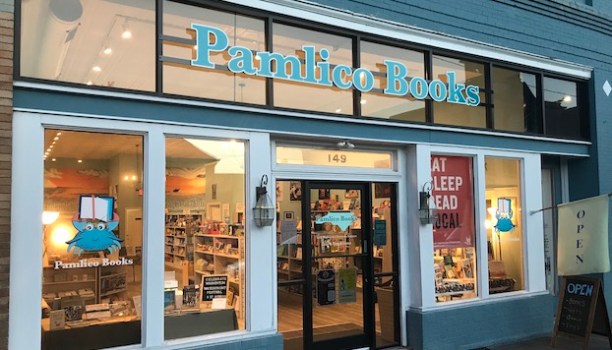 Pamlico Books opened on Market Street in June of 2021 and is this years’ Rena K. Terrell award winner for Commercial Upfit. (Submitted) 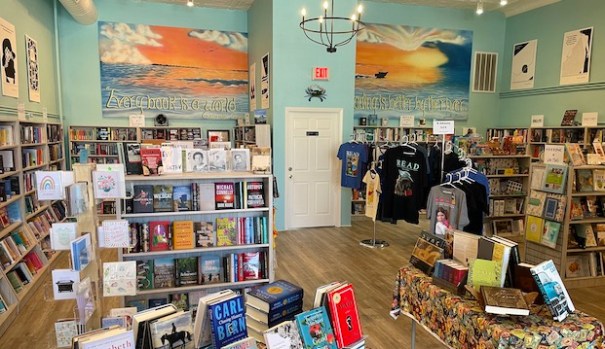 Local artist Samantha Brinson did the murals that decorate the back walls. (Submitted) 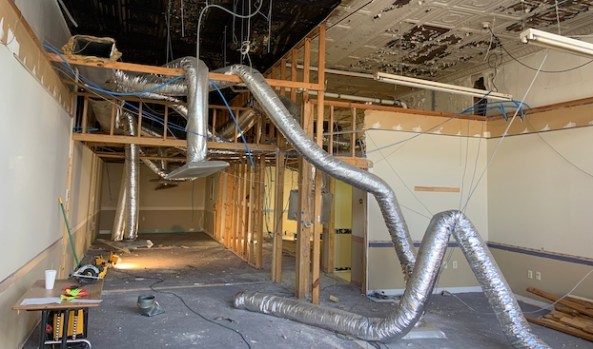 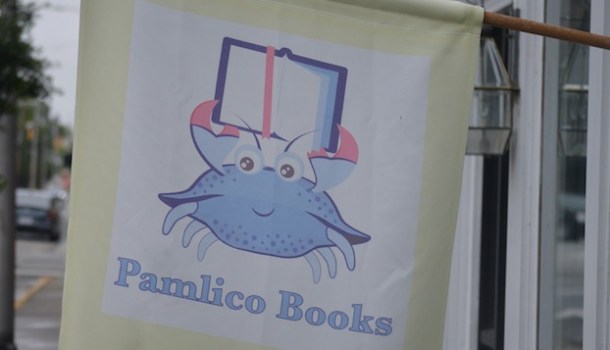 When Tom and Deb Ryan were scouring the East in search of their next home, a town with a bookstore was a requirement.

Washington didn’t have one, but they couldn’t image living anywhere else, so they opened one.

Now they can call Pamlico Books an award-winning operation.

May is National Preservation Month and in conjunction, the City of Washington and Scott Campbell, Realtor present the annual Rena K. Terrell awards in four categories.

Pamlico Books is this year’s Commercial Upfit winner after the Ryans totally redid the former Miracle Ear space on Market St. They leased the property in November, 2020, demolition began in December and the store opened in June of 2021.

“It’s been great so far,” Tom Ryan said. “We wanted to fill a void in the market because Washington didn’t have a bookstore and we wanted to be part of a walkable, welcoming, inclusive community. We are happy to contribute to Washington’s continued improvement.”

The couple moved from Cary last year after 15 years in the Triangle. Tom spent the last 20 years in the financial services industry, while Deb runs a college counseling service for high schoolers. Both are former teachers who love to read, so a bookstore was a must.

“After we visited, we couldn’t imagine not living here, so we decided to try something new and open a bookstore,” Deb Ryan said. “We are pleasantly surprised and very honored to accept the award. We appreciate how much the community has supported us and hope to be here for a long time.”

Stocks and Taylor, a local construction firm did the renovation, with Washington native Hatteras Brooks as the project manager. Local artist Samantha Brinson did the murals inside the store.

The building opened in 1908 as a general mercantile building and has had many tenants along the way. It was a family shoe store before Miracle Ear moved in and parts of the original building had been covered up over time.

“There was a drop ceiling in here when we started, but we realized the original one was beautiful,” Deb Ryan said. “We uncovered the front transom to let the light in and totally redid the floors, ductwork and other upgrades. Hatteras and the crew did a great job and Samantha’s murals are tremendous.”

Pamlico Books is a great example of a tremendous rehab in a cornerstone building,” Campbell said. “They followed the guidelines, completed the project in a timely manner and are a great asset to our community.”