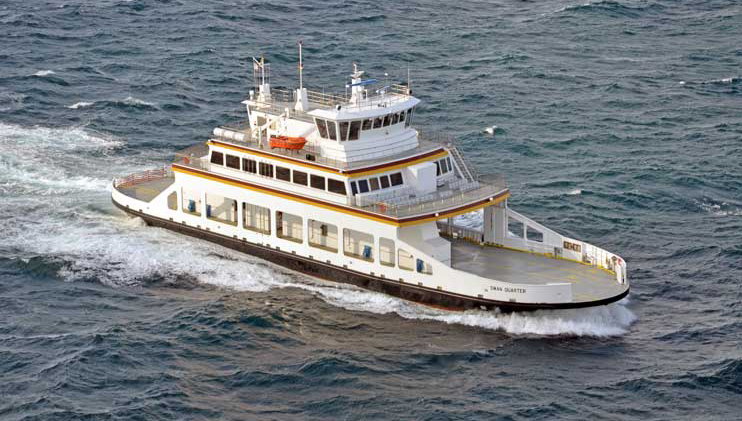 A potential passenger ferry from Beaufort County to points east is still under consideration and citizens can add their opinions at a meeting next month.

The North Carolina Department of Transportation and the Institute for Transportation, Research and Education (ITRE) at N.C. State University are holding a series of public engagement meetings starting in June.

The Pamlico Sound/Pamlico River meeting is Tuesday, June 14 at 3 p.m. at the Hyde County Government Center in Swan Quarter. There is an option to attend over Zoom with more information available on the city’s website.

The project first came to light in March of 2021 when ITRE started conducting a feasibility study that was scheduled to take two years. The series of public input meetings is the next step in the process.

“It’s still extremely early in the process, but it would be huge for Washington and Beaufort County if it happens,” city manager Jonathon Russell said.

“NCDOT is looking at ways to make more connections with underserved areas to get people to Ocracoke, Cape Hatteras, the Outer Banks and other barrier islands faster and more conveniently. I would think we have some of the factors they are looking for.”

Russell said Washington already has space available at the old Belle of Washington dock and that the N.C. Estuarium could serve as a waiting area. Parking and other logistical concerns would have to be addressed, but Russell said it’s good that Washington is part of the discussion.

“It’s not as far-fetched as it might seem,” he said. “Funding is always an issue with NCDOT and we already have in place some of things they are looking for. If the plan gets fast-tracked, we could be up and running in three to four years. It would be huge for tourism and our local economy and have a positive regional impact as well. We are eager to do whatever we can to help move the process along.

The summer schedule for the Swan Quarter to Ocracoke ferry begins Tuesday, May 24 and runs through mid-September with four daily options.

The trip takes about 2 hours and 40 minutes each way.