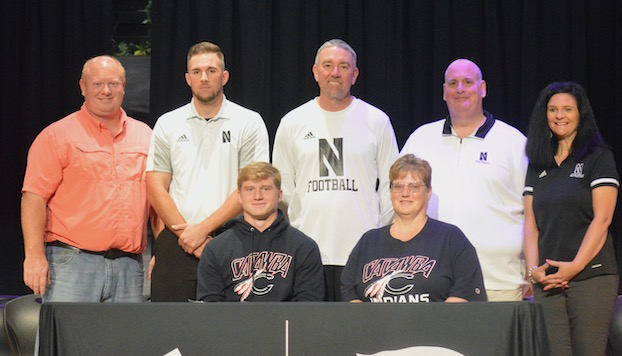 Northside senior running back/linebacker Mitch Godley will play college football at Catawba College in Salisbury. He signed his Letter of Intent Thursday in the school’s auditorium after helping the Panthers to the 1A state championship game as a junior and to the fourth round last fall.

“I felt like Catawba had the most to offer overall,” Godley said. “I liked the campus; the coaches and I want to test myself at the highest level possible. They coaches saw film of me at running back, but I’ll play linebacker if they want. Whatever helps the team is fine with me.”

He was named the Coastal Plains Conference football player of the year and led the Panthers baseball team with a .485 average.

Godley’s major is undecided and he reports in mid-August.