On February 23, 2022 officers with Washington Police Department responded to a reported bank robbery at United Bank located at 1311 Carolina Avenue.  Upon arrival officer were informed a male suspect had entered the bank, implied possession of a firearm and demanded money.  The subsequent investigation led officers to charge Shabazz St. Clair with one count of Robbery with a Dangerous Weapon and Tatiyona Smith with one count of Conspiracy to Commit Robbery.  Washington Police Department detectives have been actively seeking information that would lead to the arrest of St. Clair and Smith.

Washington Police Department would like to acknowledge and thank our law enforcement partners from Greenville Police Department VCAT, Wake County Sheriff’s Office and North Carolina Bureau of Investigation Fugitive and Missing Person Task Force for their assistance in the investigation and apprehension of St. Clair and Smith. 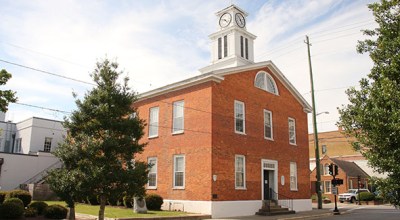