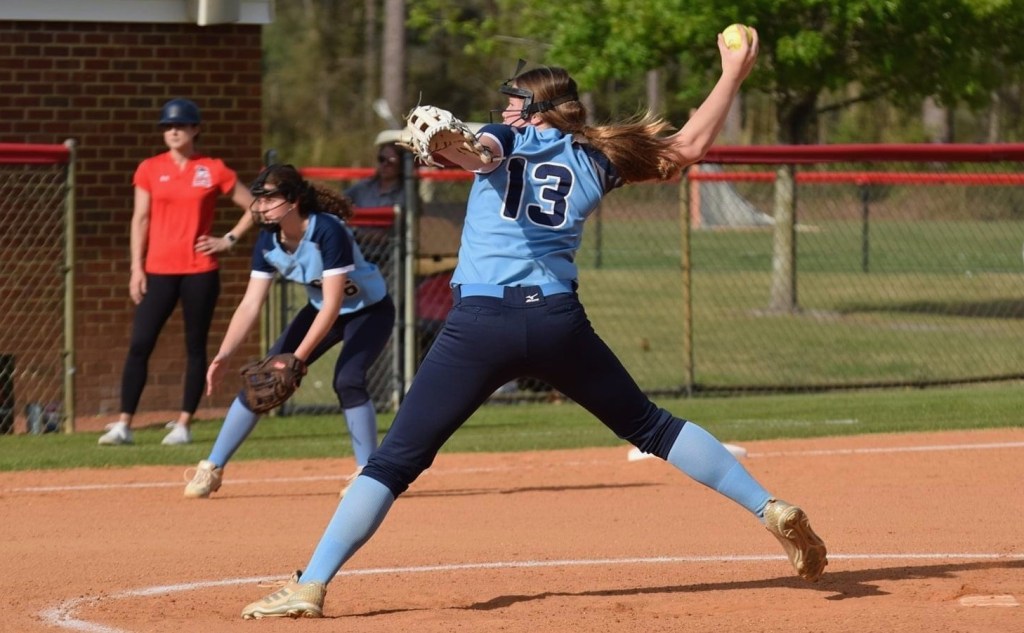 Cape Fear (17-4) is the top seed, while the Raiders (19-1) are second. It’s the third straight championship appearance for Cape Fear, including a win over the Raiders in 2019.

Pungo used a 6-0 semi-final victory over #3 Halifax Academy to advance to the title tilt.

Halifax ended her no-hit bid with a single in the seventh and loaded the bases before Stoop fanned the final batter to help the Raiders advance.

“Reagan pitched very well and the girls played great defense behind her,” coach Leigh Stoop said. “It was so much fun to see the girls achieve what they’ve worked for.”

7th grade shortstop Ella Kate Hanna broke open a 3-0 game with a three-run inside the park home run in the 6th to highlight the PCA attack.