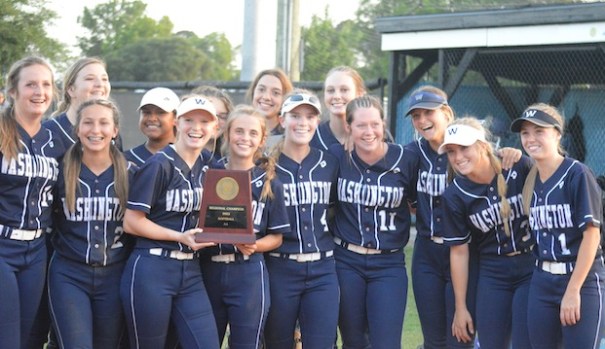 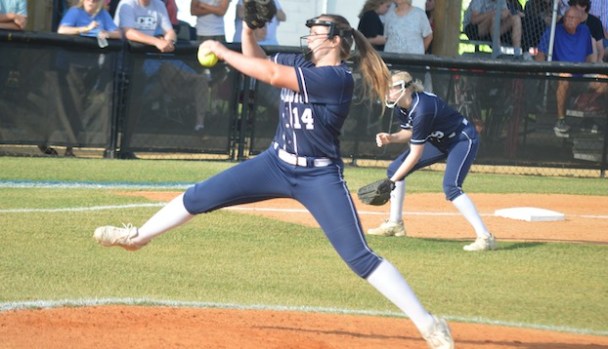 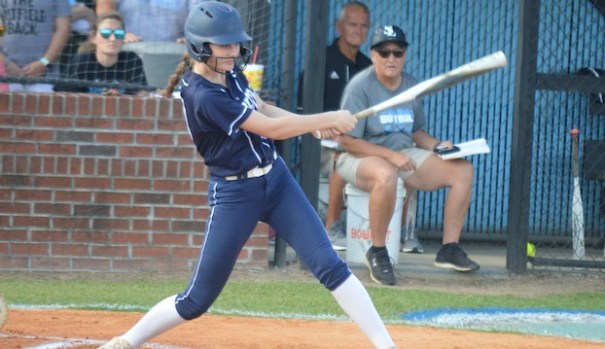 As the short infield popup settled into shortstop Ava Shae Mizell’s mitt, the realization hit. The Washington High School girls softball team was on the way to play for a state championship for the first time in program history.

The top-seeded and undefeated Pam Pack (27-0) completed a two-game sweep of second-seeded South Lenoir with a 2-0 victory Thursday night in Deep Run.

Freshman pitcher Emma Orr, in the circle for the second time in as many days, baffled the Blue Devils (24-3) with a variety of pitches for a 13-strikeout three-hit shutout on the heels of a 4-0 blanking at home Wednesday.

“I’m used to pitching against really good teams in travel ball, so I felt comfortable again tonight,” Orr said. “I had a plan for each hitter based on last night and I was able to execute it. It’s overwhelming and very exciting to think we are going to play for the state championship.”

WHS scored in the top of the first when Mizell, the lead-off hitter, reached first when strike three bounced past the catcher. Laci Campbell singled up the middle, then Shaelee Chrismon drove in Mizell with a one-out single to center.

Campbell drove in Morgan Eisenzimmer with a double to center in the fifth for the final run.

Meanwhile, South Lenoir could manage only three hits off Orr and had two runners on in the same inning only one time, with two outs in the second. Orr responded with a strikeout to end the threat.

“She is amazing,” Campbell said. “We have complete confidence in her every game. She moves the ball around and knows what she wants to do with every pitch. It’s a great feeling to know we are going to play for a state championship.”

The Pam Pack managed six hits in the title-clinching win and will play two-time defending champ West Stanly (27-4) next Friday and Saturday at a stie to be determined.

“I am beyond proud of this group of girls,” coach Brad Horton said. “They (South Lenoir) couldn’t adjust to Emma’s pitches even after seeing her last night. She shut out an outstanding program twice in a row and we had enough offense to pull through.”

South Lenoir finished 24-3 with the other loss to 3A Richlands early in the season.