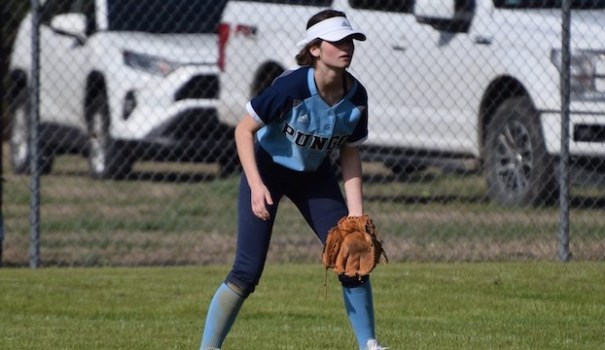 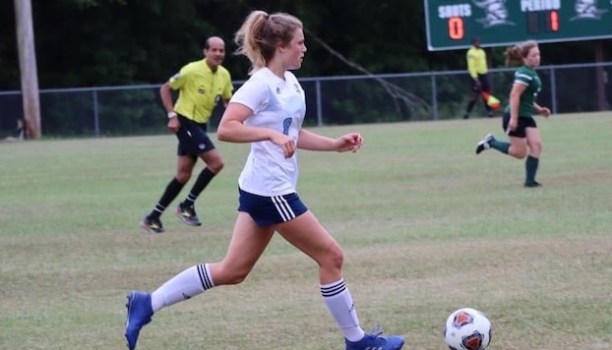 Sophomore Katie Baxter helped the Raiders first-year program win the conference title and advance to the second round of the state playoffs. (Submitted)

Sophomore Katie Baxter helped the Raiders first-year program win the conference title and advance to the second round of the state playoffs. (Submitted)

Junior Reagan Stoop made her fifth consecutive appearance on the NCISAA 1A Softball All-State team. Stoop has been on the All-State squad since seventh grade. She finished the year with a .604 batting average with 29 hits and 29 RBI. She made 23 appearances on the mound, going 20-3 with an 0.38 ERA and 173 strikeouts.

Sophomore Melanie Rutledge made her fourth consecutive All-State appearance for softball. Rutledge has also earned All-State honors since seventh grade. She batted .500 with 27 hits and 31 RBI.

Freshman Emma Hanna made her first appearance on the softball All- State team. She finished with a .468 batting average to go along with 22 hits and 13 RBI.

The Lady Raiders won the Tar Heel Independent conference championship with a 7-1 record and battled Cape Fear Academy to the last batter of the three-game state tournament final before falling by one run.

Sophomore Katie Baxter made her second consecutive appearance on the NCISAA 1A Girls Soccer All-State team. She led the Raiders in goals and assist, scoring 26 times and setting up 18 more.

Baxter transferred from Christ Covenant School in Winterville and helped the first-year Raiders program to a conference title after a 1-4 start. PCA finished 8-1 in the league and 12-6 overall with a trip to the second round of the state playoffs.

Junior Sam Warren made his first appearance on the NCISAA 1A Boys All-State golf team with a ninth place finish in this year’s state tournament.