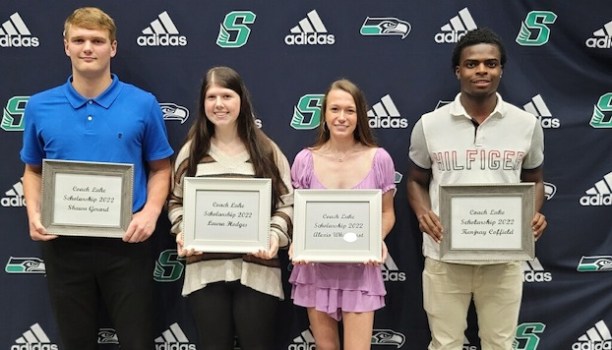 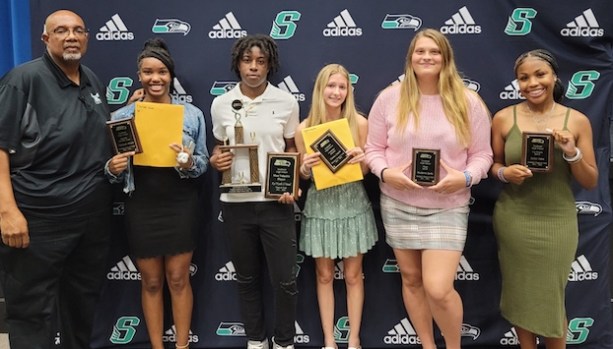 He coached the 2011-12 Seahawks girls to the east championship before losing in overtime to Bishop McGuinness in the 1A title game.

His wife Cathy and his family awarded a $1,000 scholarship in his memory starting in 2018.

The 6’11 Lake was on North Carolina State’s 1974 national championship team his freshman year along with David Thompson, Tommy Burleson and Monte Towe before he transferred to Miami of Ohio.

Coffield won the male athlete of the year award for his accomplishments in football, basketball, baseball and track. He helped the football team to the east semi-finals, hit over .300 in baseball and qualified for the state track meet as part of the 4 x 200 relay team. He will attend Saint. Augustine University in Raleigh on a football scholarship in the fall.

O’Neal, a junior, competed in the state track and field meet in the high jump and 4 x 100 relay after leading the basketball team to the state playoffs.

Gerard (football, basketball and baseball) and Whitehurst (volleyball and softball) won the male and female scholar-athlete of year awards.