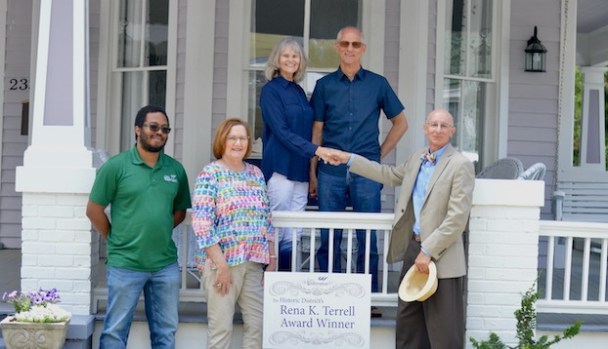 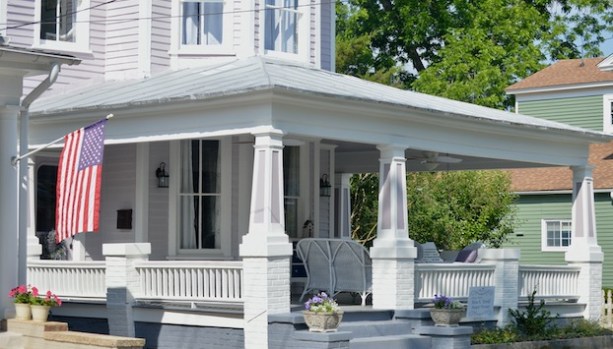 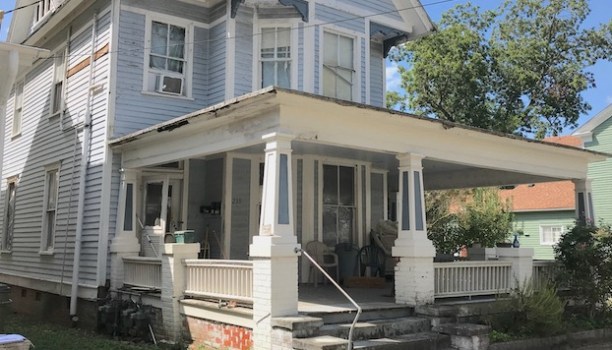 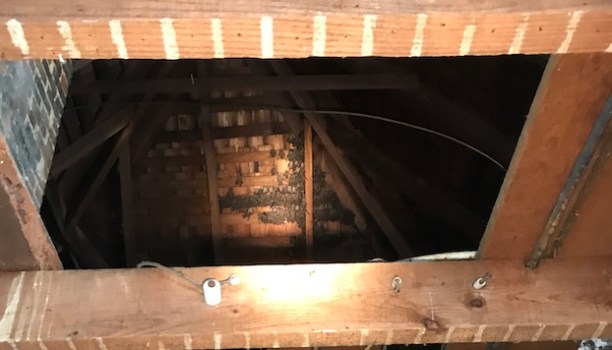 Bats clustered in the attic as seen through a hole in the second floor ceiling. (Submitted) 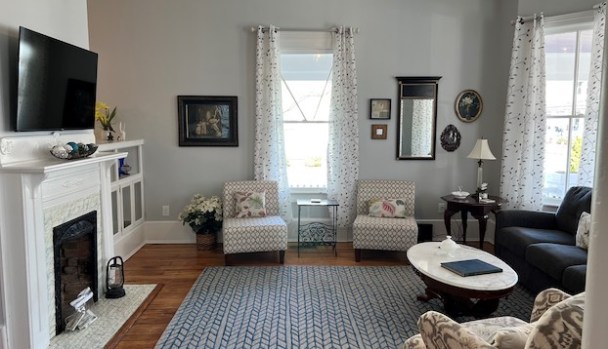 The totally renovated interior has been turned into a corporate rental. (Submitted)

While the Amick sisters were growing up in South Charleston, WV., they probably never thought about owning three houses side-by-side in a place they’d never heard of. Funny how life works.

Judy-the oldest of the three-and her husband Jim Nevill are the Terrell Award winners for Best Residential Rehab on their property at 233 E. 2nd Street in Washington.

The Nevill’s bought the house next door (235) in March of 2018, renovated it and sold it to Judy’s youngest sister, Barbara Buckalew, while the middle sister, Kathy Burdi already lived two doors down.

Jim and Judy have called Apex, N.C. home for many years, but knew 233 had been neglected for a long time and might come available.

“The previous owner called me one day and asked if I wanted to buy it,” Jim Nevill, a retired civil engineer, said. “I knew through research that it and 235 were built by sisters around 1900 and were basically identical. We like to renovate old houses and thought it would be neat for sisters to own three houses in row on the same street.”

The Neville’s completed the purchase in September of 2020 and finished the 18-month project in April.

Because the project was so large, the Nevill’s put general contractors Tony and Natalie Edwards of AG Home Solutions in charge of the project and had help from carpenter Donnie Hill and roofer Shawn Carter.

The property was originally configured for four apartments, but had been converted to a single-family dwelling at some point.

The team replaced the plaster, wiring, plumbing, insulation, duct work, windows and doors. There was rotten wood, missing windows and termite damage. The original metal roof leaked, but was salvageable.

Then there were the bats and what they left behind.

“We found probably 3,000 bats in various clusters around the house the first time we went in,” Jim Nevill said. “You could smell the guano out on the street on a hot summer day and the squirrels had made it their home as well.”

Piece by piece, board by board, things started to take shape and the couple turned it into a corporate rental upon completion.

“It’s really exciting to be recognized after all the heartache involved with this project,” Judy Nevill said. “It was not an easy process and not being on-site to supervise made it more stressful. I’m looking forward to living next to my sisters again at some point.”

Campbell, an agent with Coldwell Banker Coastal Rivers Realty, is an ardent supporter of historic preservation and worked with the city to recognize the dedication of property owners in the Washington area who preserve the stories of these historic homes and businesses. The awards are given out in four categories: Best Residential Rehab, Best Commercial Rehab, the Good Neighbor Award and Stewardship Award.

“It’s rare that you find a historic property that is completely up to code, but this one is,” Campbell said. “It was a sore thumb on this block and they followed all the guidelines and stayed true to the exterior. Their team did a terrific job and that’ why they won the award.”