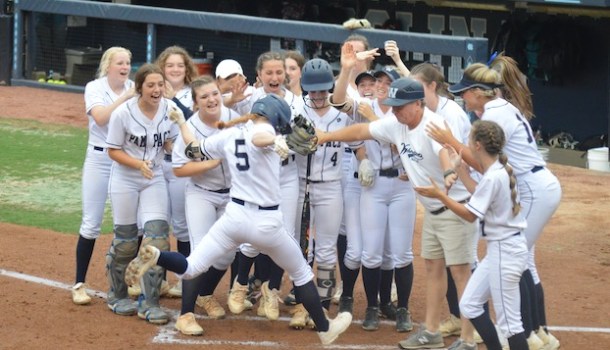 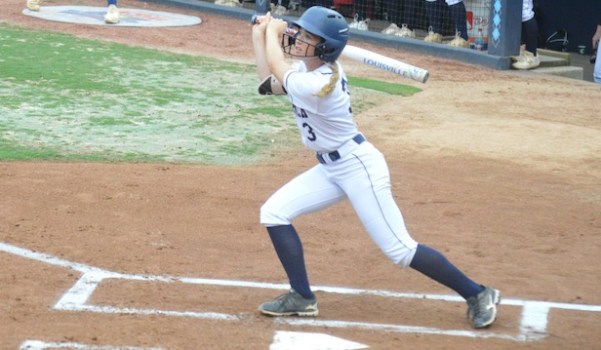 Laci Campbell’s sixth inning single was one of only two hits for the Pam Pack in a 4-1 loss to West Stanly. (Steve Barnes/Washington Daily News) 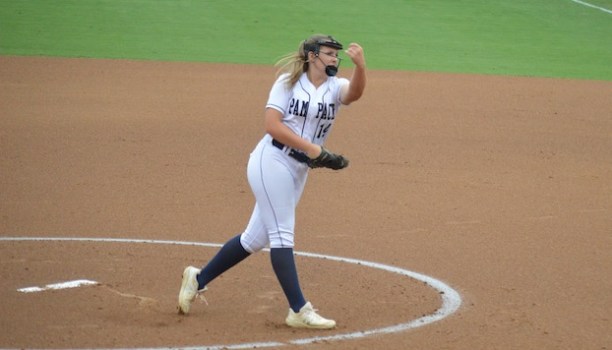 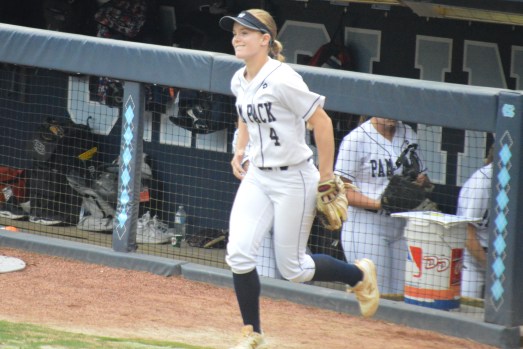 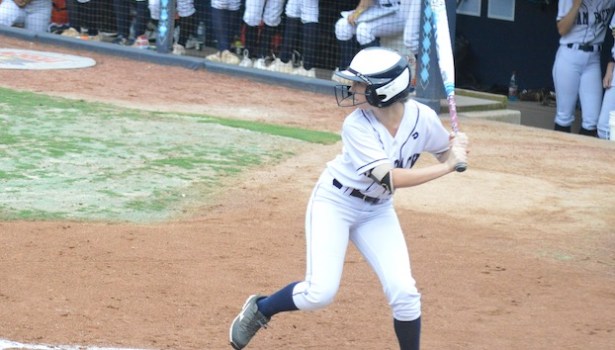 The Washington High School softball team lost for the first time this season, 4-1, to two-time defending 2A state champion West Stanly in the first of a three game series to determine this year’s champion Friday night in Chapel Hill.

Junior shortstop Ava Shae Mizell put the Pack (27-1) on the board first with a home run over the left field wall in the bottom of the third, but the Colts (28-4) answered with a pair of runs in the top of the fourth on a fielding and a throwing error on the same play for a 2-1 lead they never lost.

The usually smooth fielding Pack was charged with three errors and another infield error was ruled a hit. All came in key situations and led to West Stanly runs.

“I told our kids that four errors equaled four runs,” coach Brad Horton said. “We can’t have errors against a team that good. We also couldn’t lay off their pitcher’s rise ball, which led to a ton of strikeouts. Tomorrow’s a new day and we’re not out of hit.’

Washington freshman Emma Orr gave up nine hits, two earned runs and did not strike out a batter for the first time this season.