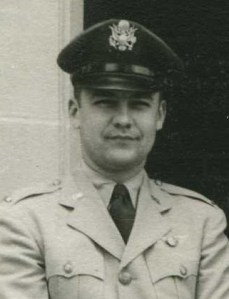 A funeral service was held at 11:00 AM Tuesday in the Chapel of Paul Funeral Home & Crematory, conducted by Rev. Ken Hall. Burial followed in Oakdale Cemetery in Washington.

Mr. Cowell was born in Beaufort County on August 24, 1928. He was the son of the late Charles Fowler Cowell, Sr. “Pop” and Mildred Frye Cowell “Mammy”. Mr. Cowell graduated from Randolph Macon Military Academy in 1946. In 1950, he graduated from UNC-Chapel Hill. As a member of the U.S. Air Force, he served in France, Germany and Korea and attained the rank of Major. For 32 years, Mr. Cowell was financial officer and vice-president for Pamlico Chemical Company, a company which was originally founded by his grandfather, John F. Cowell. He worked as an AFLAC insurance agent from 1988 to 2015.

Mr. Cowell was a Ham Radio operator. He was a member of the First United Methodist Church, V.F.W., American Legion and Kiwanis Club. In 1991-1992, Mr. Cowell served as President of the Beaufort County Association of Life Underwriters.

Mr. Cowell is survived by his wife, Louise of the home; and two sons, Charles Fowler Cowell III of the home, Patrick Leslie Cowell and wife, Kathy of Phoenix, Arizona.

In addition to his parents, Mr. Cowell was preceded in death by his brother, Horace Baxter Cowell II and his daughter in law, Leanne Lupton Cowell.

In lieu of flowers, memorials may be made to the charity of one’s choice.

Paul Funeral Home & Crematory of Washington is honored to serve the Cowell family.