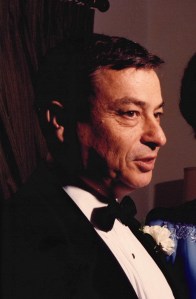 Mr. Ricks was born on February 4, 1932, to the late James F. Ricks and Hulda N. Ricks. On December 18, 1952, he married the former Evelyn Maree MacKenzie who preceded him in death on August 20, 2018. He was a member of the United States Air Force. Mr. Ricks was a director at Unisys until his retirement in 1988. He enjoyed fishing, hunting, and boating.

He is preceded in death by two sons, Monty and Jerry Ricks and three sisters, Nita, Jean, and Lavonne.

Condolences may be addressed online by visiting www.paulfuneralhome.com.

Paul Funeral Home & Crematory of Washington is honored to serve the Ricks family.