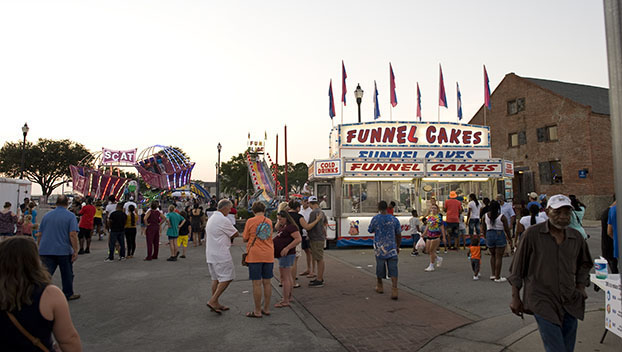 Even the weather forecasts are looking optimistic as Summer Festival fans anticipate this year’s event, which will be held this weekend, all along Stewart Parkway at the waterfront, and at Festival Park for the concerts that have entertained thousands of people for almost 40 years.

New attractions at this year’s festival include an expanded Kids’ Zone, a Latin jazz performance and several dance activities, as well as a 5K Fun Run which is sponsored by Inner Banks Legal Services and themed around the concept of “promoting access to justice.” Unless otherwise noted, all activities will take place in front of the Chamber of Commerce building at the end of Stewart Parkway.

A musical exclamation mark will also be added on Sunday, supplied by Arts of The Pamlico in the form of a Sunday evening concert at Festival Park. The featured artist is Alex Williams, who will perform from 5-8pm. Williams gained wide recognition as a singer/musician while he was part of the soul/disco/rhythm and blues group Kool and the Gang. Formed in the 1960s, the band is still performing. Williams is now a soloist.

“We always have a concert on Friday and Saturday nights during Summer Festival, but I love the concept of a follow-up event from Arts of the Pamlico. We have worked together on other projects for many years and this is great,” said Catherine Glover, executive director of the Beaufort County Chamber of Commerce, which has sponsored the Summer Festival for 38 years.

Friday’s events run from 5-9 p.m. and include access to all rides as well as food and vendors’ booths. A one-day $25 “unlimited ride” ticket is available from the ride vendor on both days. The concert, which is free, runs from 7-9 p.m. and will be led by The Embers, featuring Craig Woolard on vocals and saxophone. The group is known for the “beach music” style made popular in the mid 1960s by groups including the Beach Boys. Fireworks begin at 9 p.m.

Saturday’s schedule runs from 10 a.m. to 8 p.m. and includes access to all rides and booths. Other events that day are the 5K Fun Run promoting access to justice with race beginning at 8:30 a.m. in Festival Park; boat rides with the Little Washington Sailing School beginning at their ramp from 10am to 3 p.m., Kids Fun Zone activities from 10 a.m. to 6 p.m.; Jeep Show and Shine from 11am to 2 p.m. in the parking lot across from Festival Park; Latin “dance partner” lessons for beginners from noon to 12:30 p.m.; the “Kidz Hip Hop” dance activity from 1:30-2 p.m.; a Latin Jazz performance from 4:30-5 p.m.; and the Duckie Race for Beaufort County United Way starting from the waterfront walkway at 3 p.m. with opportunities to “adopt” one or more of the plastic ducks at the United Way booth before the race begins.

Saturday’s concert features singer/song writer – and Washington native — Diedra Ruff, whose “Alabama blues” style of singing have won her honors including induction into the Alabama Blues Hall of Fame. Ruff sang at last year’s Summer Festival, dedicating the performance to former mayor Mac Hodges, who could frequently be seen in attendance at her local performances. This year’s concert runs from 6-8 p.m. at Festival Park.

Asked what she considered the most special aspect of this year’s Summer Festival, Glover’s instant response was all about the nonprofit groups whose booths will be mixed in between the vendors’ all along Stewart Parkway – including the United Way, which is sponsoring the jeep show. Glover said that spending time at those booths is more than a great way to get information about these service groups. She said donating while chatting with their representatives is “a great way to give back.” 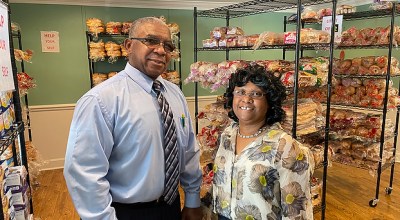