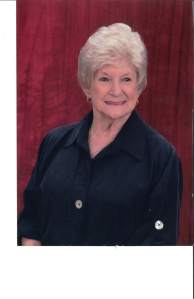 Barb Ritz passed late June 7, 2022, at her apartment at Salona Traditions assisted living facility.  Barb, born in Cincinnati OH.  At the age of 10 moved with her family to a farm in the Southeastern Indiana town of Elrod, Indiana.  There she finished her elementary schooling in a one room schoolhouse in Elrod.

She moved to Versailles, IN with husband, Harold O’Neal and their 6 children: 5 boys and 1 girl in 1960.  They later divorced and Barb became a single mother with 6 children under the age of 8 years old.

Barb moved to Madison Indiana in 1966 after marrying Ronald Irwin.  There she became very active with the Hebron Baptist Church and the PTA with children in elementary, Junior High and High school.  Barb also took the time to go back to school to finish high school earning her GED and named Valedictorian of her class.  She and Mr. Irwin divorced in 1972 and Barb again took the full responsibility of her children’s school and development often while holding 2 jobs at a time, one with Servomation of Madison and the other as manager of various local bars and restaurants.  She was proud of the fact that all 6 children finished high school with 3 going on to college.  The house in Madison was always filled with friends of the kids, becoming a “Safe Haven” many of the youth in the area.

In 1978 after her youngest finished high school, she moved to Indianapolis to work with the State Department of Commerce, Tourism Division holding the position of local community coordinator.  later she transferred to the State Auditor’s office where she was responsible for the payroll for 2 of the state’s largest department, retiring in 1998.  Barbara was at the same time, she worked with the Indiana Repertory theater as food and beverage manager.  Active with the St Luke’s Methodist church she became a Saint Stephen lay minister.

1999 she Married Keith Ritz and they moved to Richmond Indiana where they quickly became bored with retirement and shoveling snow.  They purchased a pest control company in Belhaven NC.  Mr. Ritz passed away in 2006.  Barb kept the company going and growing with help from son Richard.  While in North Carolina she became very active in the Smithton Baptist Church where she headed the efforts to create a large playground facility for the area youth.

Barb moved back to Indianapolis in 2019 for health reason.  Becoming a cancer survivor and an advocate for the Community Health Networks, Oncology Patients Assistance fund.  She then moved into the assisted living facility at Solana Traditions.

The family request that in lieu of flowers memorial contributions be made to support Community Health Network’s oncology patient assistance fund. Community Health Network Foundation 7330 Shadeland Station, Indianapolis, IN 46256 or ecommunity.com/community-foundation. To share your memory of Barb please visit www.flannerbuchanan.com.