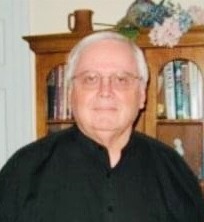 Mr. Charlie Kent Alligood, 79, a resident of Winterville, died Thursday, 6/2/22 peacefully at home in Winterville, NC.
The family will receive friends from 4:30 to 6:00, on Friday, 6/17/22 with service in the Chapel from 6:00 to 7:00 at Paul Funeral Home & Crematory in Washington.
Services and interment will be held later at Johnson University in TN.
Mr. Alligood was born in Boston, Mass. on February 22, 1943. He was the son of the late John Edward Alligood and Lala Ruth Woolard Alligood. Mr. Alligood received his B.A. degree from Johnson Bible College in 1966.  He served as a minister until the late 1970’s. Mr. Alligood became an insurance salesman in the 1980’s. He won National Salesman of the Year award seven times during a 10-year period.  Mr. Alligood worked for another company for two years and won Salesman of the Year both years. He retired in 2004.
Mr. Alligood was a member of the Johnson University Alumni Association. He was a previous member of the First Church of Christ in Washington and is currently a member of Greenville Church of Christ.
On April 21, 1984, he married the former Martha Raile, who survives.
Surviving with his wife are their son, John Kent Alligood and wife, Nicole of Chocowinity; five grandchildren, Hunter Kent Alligood and wife, Kayla, Charlie Nicholas Alligood and wife, Victoria, John Kent Alligood, Jr., Raymond Charles Alligood, Kendall Lynn Alligood; four great grandchildren, Jade Elizabeth Alligood, Aubrey Nicole Alligood, Mylah Grace Alligood and John Luke Alligood; his sister, Brenda Morgan and husband, Doug of Crawfordsville, FL.
In lieu of flowers, memorials may be made to Johnson University, 7900 Johnson Dr., Knoxville, TN, 37998.
Online condolences may be offered to the family by visiting www.paulfuneralhome.com.
Paul Funeral Home & Crematory in Washington is honored to serve the Alligood family.