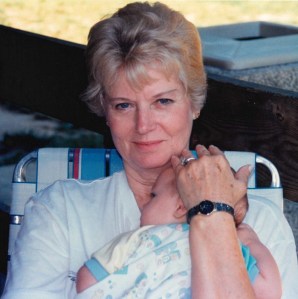 A graveside service will be held 11:00 AM Monday June 13, 2022, at Smithton Cemetery and will be officiated by Rev. David Pooser.

Born Frances Mae Smith in Belhaven (Smithton) North Carolina in April 1933 to Fred and Mary Smith.  She was the last of eleven children – the baby of the family but also very much a daddy’s girl. At the tender age of seventeen she married Harold Carter of Pantego, NC and the two moved to Norfolk Virginia. There they built a house and raised two sons, Harold Jr, and Gary. She worked in the banking field most of her life starting at the Wachovia branch in Belhaven and retiring from Mutual Federal S&L in the late 1980’s. When Harold passed away in 1987, and after a brief retirement, she went to work in the bus travel industry – mainly because it allowed her to travel for free. There she met and married Thomas Martin, also of Belhaven. Tom and Fran worked together for several years – her chaperoning and entertaining, and Tom piloting the bus. In 2000, she and Tom fulfilled her lifelong dream of returning to the family farmland where she grew up, building a house and settling into full retirement. From their little house on the creek, they lived life as much as they could, laughing, loving, traveling, and enjoying each other’s company right to the end. She was a kind and loving soul who only saw the best in people, often described as “just the sweetest lady.”  One by one her parents, and each brother and sister passed before her, and now Heaven has called this daddy’s girl to come home and complete the circle.

She is survived by her husband Tom Martin, sons Harold Carter, Jr. and Gary Carter (Melissa), stepdaughter Pam (Kevin), grandchildren, Lisa, Helena (Thomas), Buddy, Kevin, Kelly, Natalie and step granddaughter Carmen, and great grandchildren Aimee, Vivian, and Jason. Plus a few hundred nieces, nephews, and extended family. She was a shining star and will be missed by all who knew her.

In lieu of flowers memorial contributions may be made to a charity of your choice.

Paul Funeral Home of Belhaven is honored to serve the Martin family.