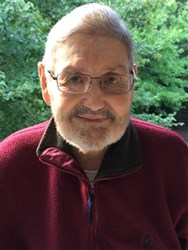 Harry Glyn Jarvis, Sr. age 90, of Yorktown, died at his home on Monday, June 6, 2022 with his family by his side. Harry was born on June 1, 1932 to the late Harry Jackson Jarvis and Christine Tolan Jarvis. Glyn graduated from Belhaven High School in 1950, where he played football and helped run the family business as a fur trader in New York while growing up. Then he worked with the Merchant Marines traveling throughout the world. He joined the Army and served in the Korean War from 1952-1954; where he was quickly promoted as a Tank Commander. After the war he returned home to help run the Engelhard Fish & Oyster Company with his father and siblings. He married Odessa Williams Jarvis on December 25, 1954.  Five years later in 1959, he packed up his wife and small family and moved to Key West, Florida.  In 1962 he returned home to help his father run the family business. Glyn then built the Oyster Creek Marina in Swan Quarter, North Carolina in 1964. During the mid-60’s the Oyster Creek Marina was a popular spot to hang out and hosted Saturday night jamborees of banjos, harmonica playing, making music and dancing. Glyn himself often played the harmonica with local bluegrass bands when given the opportunity. His marina was only run by himself, his wife, children and a few occasional friends when called upon. He would later add another successful business: The Anchor Seafood Restaurant & Fish Market in Chesapeake, Virginia from 1970-1976. Glyn was also active in North Carolina politics, helping elect Lt. Jimmy Green of North Carolina in 1977 and other politicians during his lifetime. He was also instrumental with help and support in restoring the old Belhaven School, named the J.A. Wilkerson School. He was very supportive of his community and donated to the local Fire & Rescue for helping save his life in 2006. Glyn moved to Yorktown, Virginia in 2017 to be closer to medical facilities and family. Glyn was very proud of his family ancestry, his wife, and his children. He will be greatly missed by his devoted wife of 67 years and his large family and friends. Glyn is preceded in death by his parents, his son, Kent Jarvis of Swan Quarter, NC; and brother Laurin Jarvis of Engelhard, NC. Glyn is survived by his wife, Odessa, their children, Susan Jarvis Mattson (John) of Hayes, VA, Harry G. Jarvis Jr. (Kelly) of Williamsburg, VA, Gwen Newman (Eddie) of Swan Quarter, NC, Madge Williams (Lee) of Swan Quarter, NC, ten grandchildren, nine great-grandchildren, brother Ralph Jarvis (Sophia) of Swan Quarter, NC, and sister Esther Pearl Liscum of Chincoteague, VA. A Celebration of Life Service will be held on July 30, 2022 at The John A. Wilkerson Center in Belhaven, NC at 4:00 pm. Services under the direction of Hogg Funeral Home & Crematory of Gloucester Point, VA.