Moore settling in at Duke 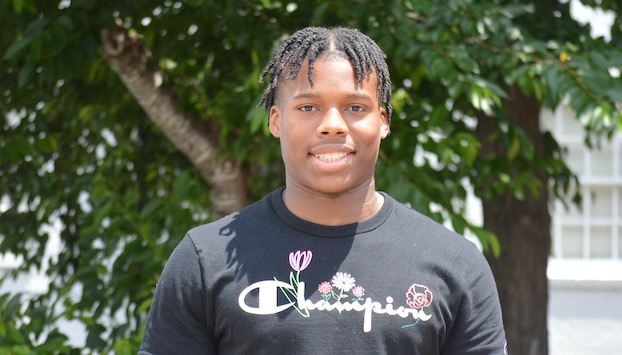 Washington’s Terry Moore graduated in December so he could participate in spring football practice at Duke University in Durham. (Steve Barnes/Washington Daily News)

Terry Moore racked up impressive totals during his Pam Pack varsity football career and the former coaching staff at Duke University noticed. The Blue Devils recruited him as a defensive back, but the new coaches gave him a chance at running back and he’s fit right in.

Terry: It was very important to me to come back for the actual graduation ceremony even though I’ve already started college. I grew up with

most of my classmates and it was really cool to celebrate with my friends and family. It’s a special achievement and I’m proud to be an official graduate.

Terry: Seeing my friends and my mom and grandma’s cooking. They make the best yams and mac and cheese and other soul food dishes. I’ve been back three or four times over the spring and it always feels good to come home.

Terry: Being at a Division I school is very different than high school.  We run and lift every day except for Wednesday and Sunday. Saturday is a voluntary open lift day, but I’ve been to most of them. There’s more free time than in high school, so I’ve learned to manage it so I can get all my classwork and football-related work done.

Terry: Most definitely. I’m already ahead in everything and I’ve had almost five months to get comfortable. I’ve put on nine pounds (of muscle) and am up to 195 (pounds). The coaches are still getting to know me and I’m doing my best to make good impressions with everything I do.

Terry: Yes. I took four classes in the spring and one during the first summer session and learned a lot in all of them. I’m pleased with my grades so far (three A’s and two B’s) and particularly enjoyed political science and biology. We’ve had to do some academic research articles, which has helped my writing. The coaches are always talking about keeping our academics straight and all the freshmen have to go to study hall three days a week. There are tutors available also if we need them.

Terry: Probably the first day in full pads. I didn’t doubt myself, but I hadn’t seen anyone on the field until then. I worked hard to get ready, but everybody is good or they wouldn’t be here. That day I went from “wow I’m really here” to feeling like I belonged.

Terry: We had scrimmaged twice before that, but the spring game was the first time in front of fans. It felt really good, coming from a 2A school, to show everybody I can compete with these guys. I’m excited to get out there in front of even more people.

Terry: A little, but it’s all good. Most of them think I’m from D.C. and don’t know there is a Washington N.C. I tell them it’s 30 minutes from Greenville and they get a funny look on their face.

Terry: No doubt. I want to make everybody back home proud every time I step on the field. I want to set a good example so younger players get motivated to work hard so they can play somewhere too. I try to take care of the small details every day that add up to big things. There’s no depth chart yet, but I’m hoping to not be red-shirted and see the field quite a bit.

A lot of people helped me get where I am and I’m going to keeping working hard.

Did you go to any basketball games during Coach K’s final season?

Yes, I went a bunch of times and it was a great experience. Cameron was always packed and the fans were amazing. It gets really loud in there. 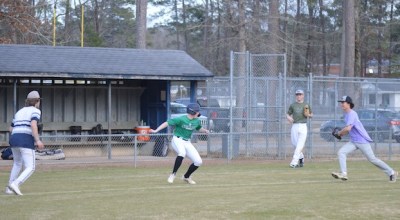