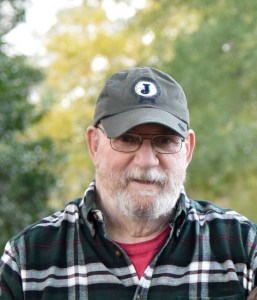 Edgar Ray Paramore Jr., affectionately called Buddy, age 74, a resident of Conetoe, NC, died Tuesday, April 5, 2022, at Vidant Edgecombe Hospital. Edgar grew up in Washington, NC, later attending ECU. He worked for Carolina Telephone for many years throughout many name changes until his retirement in 2010. In his younger years, he loved boating and spending time on the water, especially grabbing a Bill’s hotdog or two. Later in life, he enjoyed the cooler weather of the Carolina Mountains where he happily drove unknown roads to explore. Edgar enjoyed telling a story to all that would listen. He was full of advice and a willingness to lend a helping hand. He was an avid supporter and driver of all things Jeep and got excited any time he got to use the “Jeep Wave” or got one back in return. He is survived by his wife, Koka Paramore of the home, daughter Jennifer Pearce (Tony), son Jason Thomas (Jessica), sisters Cynthia York and Annette Tuten (Wayne), sisters-in-law, Dianne Young and Kena Rogers. Loved by numerous nieces and nephews and extended family. He also leaves behind five grandchildren to cherish his memory, Trey, Will and Conner Pearce and Zach and Savannah Thomas. Edgar was preceded in death by his parents Edgar Ray Paramore Sr. and Cynthia Phrocine Paramore, father-in-law, Jimmy Rogers, mother-in-law, Elaine Rogers, brothers in law, George York and Chris Young. Services are private for the family only during this time. Memorial contributions may be made to the charity of your choice in memory of Edgar. Condolences may be addressed to the family online by visiting www.paulfuneralhome.com Paul Funeral Home & Crematory of Washington is honored to serve the Paramore family.