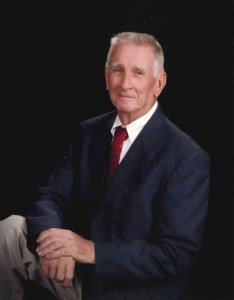 Mr. Spear was born in Washington County on January 22, 1931, and was the son of the late Jacob R. and Dessie Phelps Spear. In addition to his parents, he was preceded in death by his beloved wife of nearly 62 years, Dormanda Haire Spear; and by his brothers, Allen, Louis, Wilton, Bill, and Raymond Spear.

A retired Boiler Operator from Weyerhaeuser Company in Plymouth after 37 years of employment, he was a member of Philippi Church of Christ where he had served as Superintendent of Sunday School, and was a Navy veteran of the Korean War. Many locals and those in the surrounding area will remember his peach orchard that he and his wife nurtured for many years. Always adding a few more trees, it grew to nearly 300 strong before disease hurt the crop and age made it harder for him to maintain and harvest. Soon after Dormanda died in 2018, he cut down the last trees.

Funeral services will be held Tuesday at 3:00 p.m. in Philippi Church of Christ and will be conducted by the Rev. Larry Woodley. Burial will follow in the church cemetery. Friends may visit with the family in the social hall the hour prior to services.

Miller Funeral Home & Crematory, 735 Virginia Road, Edenton, is assisting the family with arrangements and online condolences may be made by visiting www.millerfhc.com.