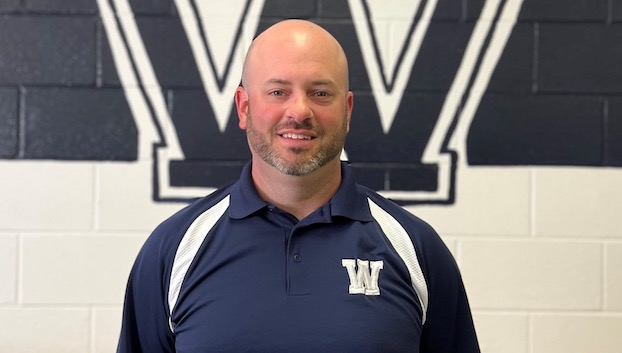 Raper resigned after two seasons to focus on his duties as the Pam Pack athletic director.

“It was a hard decision because I’ve coached baseball for a long time,” Raper, who was at Southside and North Pitt previously, said. “On the other hand, it was an easy call because doing both has taken too much time away from my family. I know he (Tyson) will do a great job and the program is in good hands.”

Raper guided the program through the COVID-19 pandemic after taking over from Kevin Leggett, who resigned just before the 2020 season started. Raper had been Leggett’s top assistant for the previous six seasons before taking over the AD role.

The 2020 squad only played four games before the pandemic cancelled the season and the ’21 campaign was delayed and shortened before things returned to normal this past spring.

“He (Raper) did a great job holding things together during COVID and it wasn’t easy,” Tyson said. “I’m glad we had a full schedule so he could experience a normal season.”

The Pam Pack lost five seniors from a 12-10 squad that finished tied for second in the Eastern Plains Conference and quailed for the 2A state playoffs.

As the JV coach, Tyson knows who is in the pipeline and is excited for the future.

“We stole 45 or 50 bases during the JV season and weren’t afraid to bunt for base hits and try the hit-and-run. I like to play an aggressive offensive style that puts pressure on the defense. It also takes the pressure off your pitching staff when you can generate runs.”

Tyson, a Middlesex N.C. native, graduated from Barton College in 2005 and worked in the private sector as an accountant before joining the WHS faculty as a career and technical education teacher in the fall of 2020.

“I’ve wanted to be a high school head coach for a long time,” Tyson, who pitched four years at Barton, said. “It’s a great opportunity to develop players into young men who will do great things after they leave. We will hustle and never quit. I started coaching American Legion summer ball right after I was too old to play it while I was still at Barton. I had excellent coaches there and feel like I’m ready to make the most of this opportunity.”

He also coached the WHS girls basketball team this past season and is the president of the Washington Youth Baseball League.