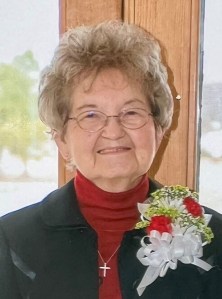 A funeral service will be held 3:00 PM Sunday, June 26, 2022, in the Chapel of Paul Funeral Home & Crematory and will be officiated by Ray West. Burial will follow in Oakdale Cemetery.

Mrs. Whichard was born in Beaufort County on October 22, 1924, to the late James “Jimmy” Matthew Harrell and Eva McRoy Harrell. She was a 1942 graduate of Chocowinity High School. On December 19, 1943, she married Warren Gamaliel Whichard who preceded her in death on November 21, 2019. Along with her husband she co-owned and operated Whichard’s Beach. She enjoyed gardening, flowers, crafts and spending time with her grandchildren.

The family will receive friends from 2:00 PM until 3:00 PM at Paul Funeral Home & Crematory of Washington and other times at the home.

In lieu of flowers the family kindly asks that memorial contributions be made to The Blind Center, P.O. Box 491, Washington, NC 27889.

Paul Funeral Home & Crematory of Washington is honored to serve the Whichard family.