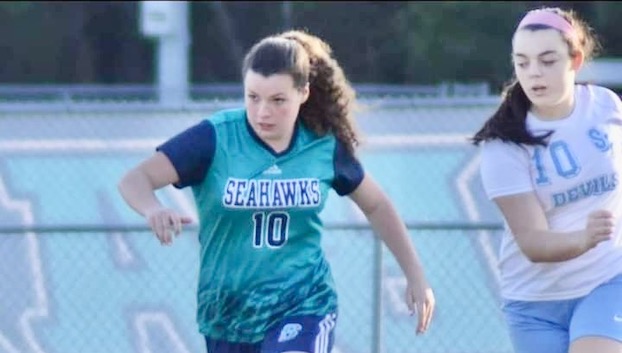 Sophomore Lilly Davis was one of three Southside soccer players on the All-Conference team. (Submitted)

The Pam Pack finished second in the 2A Eastern Plains Conference with an 8-2 record and were 9-8 overall, including a first round state tournament loss.

Her Southside namesake, sophomore Lilly Davis made the 1A Coastal Plains All-Conference team after leading the Seahawks with 13 goals.