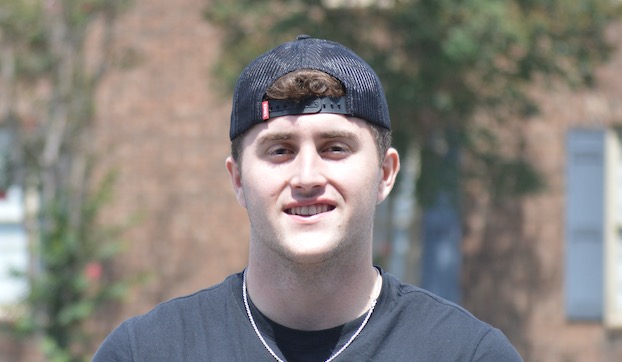 Hundley Stallings graduated from Southside High School in 2021 after a COVID-19 delayed and shortened football season. He left his home state for Missouri Valley College in Marshall, Mo. for a chance to continue his career as a quarterback. He’s going back for his sophomore season, but at a new position. At 6’3 and 220 lbs., Stallings moved to tight end for spring practice.

Hundley: I was going to be third on the depth chart at quarterback with two older guys in front of me this fall. The coaches talked to me right after our season ended about switching and told me I would have a much better chance to see the field if I switched. The whole idea is to play, so I switched.

Hundley: It was hard at first, because I had a decent freshman year, first on the JV, then on varsity. However, I feel like God gave me a chance to play a sport I love in college, so He opened the door to my next opportunity. I want to play a lot this year, so I’m fine giving up playing quarterback.

Hundley: I’m literally on the other end of a thrown ball, which was weird at first. I also get to hit people every play, which I like. Learning the blocking techniques was also different, but my coaches worked with me every day during spring practice. It’s also been hard not being on the field touching the ball every play. It’s easier to catch the ball than throw it and I’ve always had good hands.

Hundley: It was really hot when I got there last fall and stayed hot most of the season. Our third practice (in August) was cancelled because the field temperature was too high. We practiced early in the morning and again in the evening during August and that helped some, but it’s definitely hotter there. The winter was also much colder, with much more snow than I’m used to. The cold was harder for me to adapt to because we walked through a couple of feet to get to class. It also snowed in March. I bought winter gear for the first time, which helped a lot. It will be much better this year, because I know how it will be.

Hundley: I felt very prepared. All my early college credits transferred, so I have 41 hours already. There were 15-20 people in each class and I got to know my professors. I enjoyed my English and Public Speaking classes the most. Everyone had to give speeches on how Adam Sandler movies related to real life. My first one was on Grown Ups 2, then I got Happy Gilmore. Our professor made it a good learning environment and we had fun. I am majoring in Sports Management and want to work in the front office of a professional or college team at some point. I’m also thinking about coaching.

Hundley: On the field, I scored my first touchdown on a broken play. It was a bad snap and I scooped it up and ran it in from 50 yards out. It was a really cool feeling. In general, just being in a different environment with students and teammates from everywhere. I have several Australian and Samoan teammates and there are people from all different cultures on campus. It’s very interesting to learn so many different perspectives.