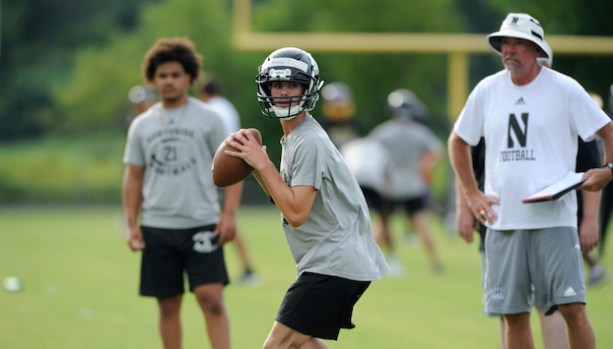 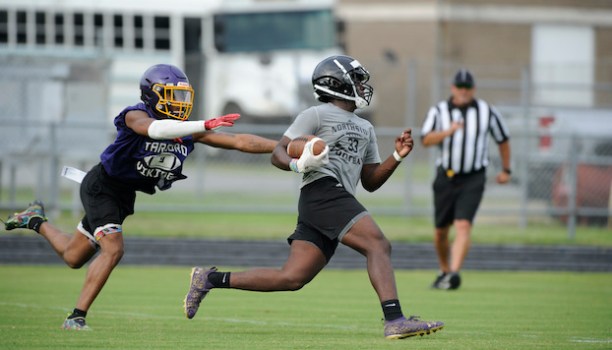 Northside and Tarboro could have met in the 1A East finals last fall, but Pender County eliminated the Panthers, so a pair of seven-on-seven competitions between the two former conference foes will have to suffice for now. Check out the PHOTOS here.

Seven-on-seven football is a lot different than the game played under the Friday night lights. This version is heavy on passing and route-running, which the Panthers and Vikings aren’t exactly known for.

Players don’t wear pads because there’s no tackling. Players are ruled down when they are touched below the neck.

The offense starts on the 40-yard line and can make only two first downs until they either score or give up possession.

Don’t look for any radical departures from Northside’s run-oriented offense with junior Hunter Chrismon under center, but coach Keith Boyd scheduled the competitions for several reasons.

“It’s good for a new quarterback to get as many reps as possible because we start pre-season practice (on Aug. 1), Boyd said. “It helped to throw the ball around early so we know we can if we need to during the season. It also helps our defense to work on their drops into coverage and to defend against the spread offense, which we will see several times this fall.”

The Panthers are coming off an 11-2 campaign and need to replace quarterback Keifer Boyd and fullback/linebacker Mitch Godley among others.” We’ve had a good off-season so far and are excited about starting Aug.1,” Keith Boyd said. “We’ll hang our hat on our offensive line as always and see where they take us.”