Linebacker for a week 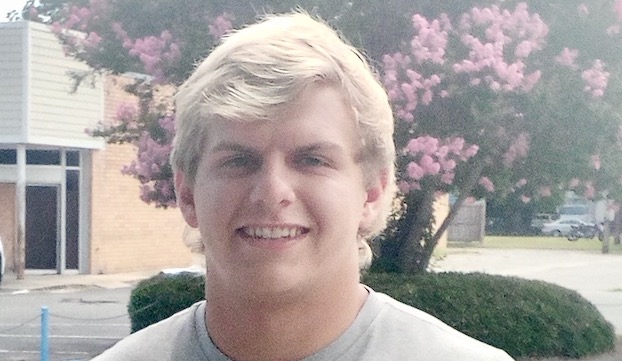 Walt Gerard’s goal is to play on special teams for the Wolfpack this fall. (Steve Barnes/Washington Daily News)

In less than a year, former Washington High School football standout Walt Gerard has gone from being a regular college student at North Carolina State to a Wolfpack football walk-on with a chance to play on special teams this fall. The WDN interviewed him in December just before he accompanied the team to San Diego for the Holiday Bowl. This is a follow-up to that article.

Walt: It was about four hours before kickoff and we were at the hotel loading the busses for the trip over to the stadium when several players started getting texts from their families asking if the game was off. Shortly after that, the coaches told us that UCLA was backing out because of COVID-19 issues on their team. I felt really back for Ricky Person and the other seniors because it was going to be their last game. It was a very disappointing ending to a great season.

Walt: I had an amazing experience. Everything was first-class and the activities were really fun. We got a tour of the Padres stadium where the game was supposed to be played, went to SeaWorld and toured a Navy ship. That was the coolest thing to me, getting to walk through an active duty ship.

Walt: I was undersized for a college linebacker when I started, but I’ve put on 25 pounds and am up to 215. That got the coaches attention and I’m comfortable there because it has been my position for a long time. I did the best I could learning how to play safety, but I never stopped working out. I felt like I was making progress at safety, then a week before the spring game, the linebackers coach told me to start coming to his group meetings. That’s basically how they told me I was a linebacker.

Walt: it felt great to actually get out there and hit somebody bigger than me and that’s when Coach Doren yelled at me. It was during a no-contact part of the spring game, but I couldn’t help it. That game helped my confidence a lot and I feel like I belong on the field now.

Walt: I could just go to the ball in high school and make the tackle, no matter where I was on the field. Now, as a weak-side linebacker, I have specific responsibilities on each play. Most people don’t realize how technical college football is with learning the terms and reading offensive formations. The older guys already know all that stuff and can rely on their instincts. I’m getting better at that part every day.

Walt: I am an academic junior because of all my early college classes while I was at WHS. I’ve learned to handle my classwork, study halls and tutoring as well. I’m a Business Management major with a concentration in entrepreneurship. I like my classes and have learned a lot, so things are going well.

Walt: To play on special teams this fall. I’ve done my best in every workout this summer to get better and earn my spot. I think it would be really fun to run down on a punt or kickoff and hit somebody.

Walt: Don’t be afraid to be great. Shrug off what you can’t control and keeping working for what you want. Nothing comes easy and it takes working every day to improve. I know I chose the right path even though it’s hard. It is such an amazing feeling to run out of the tunnel at Carter-Finley Stadium with 56,000 people cheering for you. I use to jump up and down on my bed when I was little imagining what it would be like. It’s even cooler than I thought it would be.