Know your town the way it was 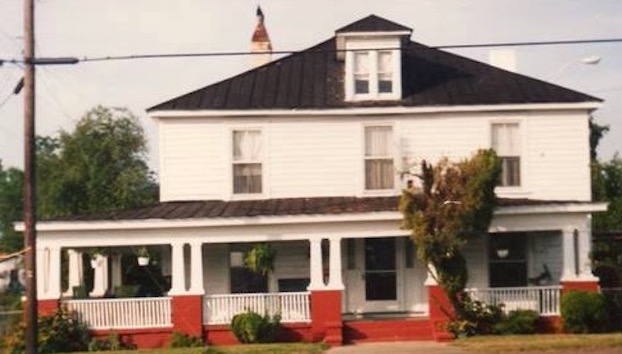 I have received so many requests from readers of my column locally, some from all over North Carolina, and quite a few from Washington Daily News subscribers that live in other states, to do another ‘Know your Town’ article. I am so very grateful to know the paper’s readers are enjoying and sharing the history in my column.

The greater Washington area has amazing rich and bountiful history, and I am truly blessed to get to share some of it. I have African American history in Washington that goes as far back as the 1700’s and I want to add it to the chronicles of Washington’s history. Much of it had not been discovered until Milt and I started doing our African American walking history tours in 2009.

This week’s ‘Know Your Town’ feature will highlight a house I walked by almost every day, and some of the streets I walked on every day as a child growing up in Washington.

This majestic house that once stood at 401 West Fifth Street (Fifth and Van Norden Streets) in the heart of the African American community, belonged to Charles and Celia Ringgold. The Ringgolds owned a very prosperous grocery store a few houses away at 404 West Fifth.

This house was often called ‘the teacher’s house’ because so many new teachers who came to Washington would often stay here. Van Norden Street was known as ‘Teacher’s Row’ beginning around the early 1900’s. For example, Mr. William H. Beason came to Washington to teach in 1947 and later became Principal of what was then Washington Elementary School and later Principal of P S Jones High School lived here with the Ringgold’s. Their daughter Courtney also became a distinguished teacher at PS Jones for several decades.

This was one of the homes in the Historic African American Homes District. The district covered Market to Bridge Streets and Second to Ninth Streets. Some of Washington’s most prominent Black families owned businesses here, and there were private schools, medical, law and real estate offices, a library and social/recreation centers here from the 1880’s-1960’s. You can learn more on one of my African American Walking History Tours of Washington.

As a historian, I want to share with you the gift of knowledge about the buildings that were institutions of learning and commerce in the Black history of our town. I hope you will pass this gift on by sharing what you learn in this column and on my historic walking tours. When you do, you make the knowledge of the greatness of the black community that has stood strong and firm for countless generations. Next up, the greatness of the streets some of you have walked on. There will be more information about these streets later.

In the community I grew up in, these streets had specific other names.

*Gladden Street was historically known as ‘Prosperity Row’ because of all the Black Businesses here.

*Respess street was historically known as ‘Education Row’ because of all the early schools established here in the early 1900’s.

*Market Street was historically known as ‘Millionaires Row’ because of all the professional, very well to do Blacks who lived there in the early 1900’s.

I always conclude my walking tours by saying, “Washington, a small town with a big imprint on history.” Thanks for reading my column.