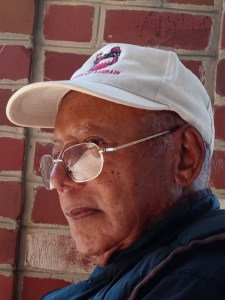 Mr. George Washington Pierce passed on June 25, 2022 at the VA hospital in Durham, NC. He was born in Beaufort County, NC on September 29, 1930 to the late Rev. Hiawatha Pierce Sr. and Viola Artis Pierce.

After graduation from P.S. Jones High School in Washington, NC, he earned a Bachelor of Science in Education from Elizabeth City State University before being drafted into Army in 1954. Following his service in Europe and honorable discharge in, he returned to Washington and taught at P.S. Jones School, Washington Elementary, and W.B. Wicker School in Sanford, NC. In Washington he served as a president of the local Teacher Association, Scoutmaster for Troop 158, and played the organ for Spring Garden Baptist Church and the piano for Evergreen Holiness Church.

Mr. Pierce obtained a Master’s Degree in Education from North Carolina Central University in Durham, NC, where he met his wife Edna Jeffries from the Pleasant Grove Community of Mebane, NC. They taught at Clover Garden in Burlington, NC before he joined the Orange County School system as principal of Cedar Grove Elementary School. He was principal of Efland-Cheeks Elementary School for 10 years until becoming a school administrator in the Orange County Superintendent’s Office. He retired in 1989 after 35 years of service to the school system, with 23 years in Orange County.

Mr. Pierce, an avid fisherman, ran a bait and tackle shop in Pleasant Grove. He also did income tax consulting and taught private piano lessons in his home. He fulfilled many different roles at Jeffries Cross Baptist Church over decades of active membership. He sang tenor in The Gray’s Tones’ and Community Choir’s annual Handel’s Messiah concerts, until his health began to decline. Nevertheless, he maintained his positive attitude, hopeful outlook, and entertaining sense of humor.