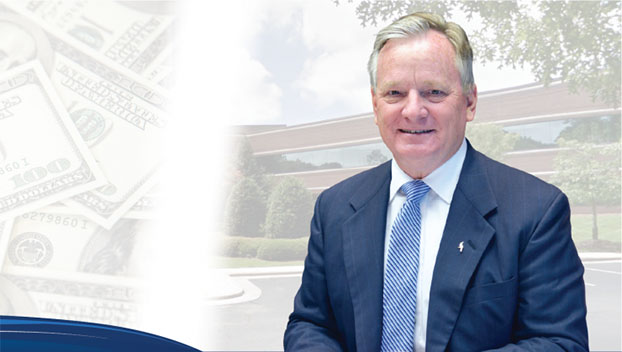 (Raleigh, N.C.) – The Unclaimed Property Division (UPD) of the Department of State Treasurer (DST) announced this week that it had paid 178,857 claims amounting to more than $105 million during the 2022 fiscal year. UPD is part of DST led by State Treasurer Dale R. Folwell, CPA. Both the number of claims paid, and the total amount claimed, represent a historical record for UPD.

In 2021, the division paid out 125,134 claims valued at $70,447,815. In contrast, in 2022 178,857 claims were paid for $105,158,116. That represents a 43% increase in the number of claims paid and a 50% increase in the dollar amount.
“It’s amazing to see what NCCash has accomplished over the past year,” Treasurer Folwell said. “Not only did they process a record number of claims, but they did it while moving locations and with a new head of the division – Allen Martin. It is a testament to his leadership and of the previous director Brenda Williams and, of course, the hardworking employees in the Unclaimed Property Division.”

The record number includes claims paid by UPD’s highly successful NCCash Match program, which paid out 102,157 claims totaling more than $35.3 million during fiscal year 2022. The program, which started in October 2020, has been a resounding success. At first, the NCCash Match proactively only researched records and identified qualifying claims of $250 or less. Then, with the help of the General Assembly and Gov. Roy Cooper, they passed additional legislation allowing UPD to identify and pay claims up to $5,000.

“We’re in the check delivery business, so the more money we can get into the hands of North Carolinians the better,” said Treasurer Folwell. “Now, we look forward to beating this year’s numbers in fiscal year 2023.”

UPD receives and safeguards funds that are escheated, or turned over, to DST according to state law. The unclaimed property consists of bank accounts, wages, utility deposits, insurance policy proceeds, stocks and bonds that are uncollected or undeliverable, and contents of safe deposit boxes that have been abandoned. It is the repository for 17.6 million properties valued at $1.02 billion under DST’s custody awaiting return to the rightful owners after being lost, misdirected or overlooked.

“There are millions of items in DST’s custody that don’t qualify for NCCash Match,” Treasurer Folwell said. “So I encourage you to go to the NCCash.com website and do a search for your name, your spouse’s maiden name, your friends’ and relatives’ names, business, church and nonprofit to see if there is a windfall waiting to be collected. There is no fee for the search.”

More information, including how to find out if you are owed money, can be found at https://www.nccash.com.