A brand new beginning; for Mercedes and Habitat 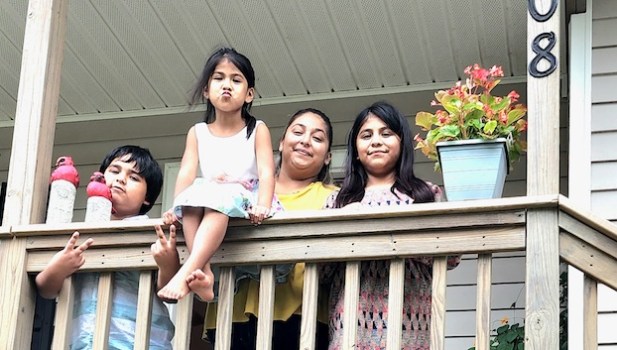 Junior, Daleyza, Melody and their mom, Mercedes Benitez, pose happily on the porch of their new home. The renovation of this house is the most recent project of the Beaufort County chapter of Habitat for Humanity.(Karen Thiel) 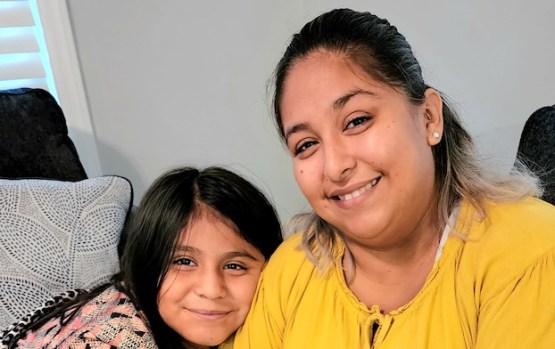 Oldest daughter Melody, at left, can now chat with her mother, Mercedes Benitez, without worrying that her younger siblings will overhear their conversations. (Karen Thiel) 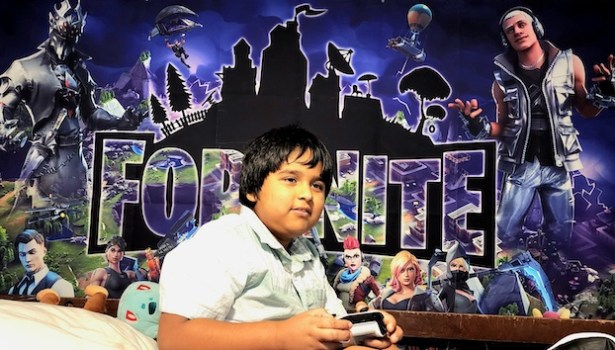 Eight-year-old Iban “Junior” Benitez can have friends over in his own room, and no longer worries about rain coming through the roof and into the pantry where he had to sleep in a previous location. (Karen Thiel) 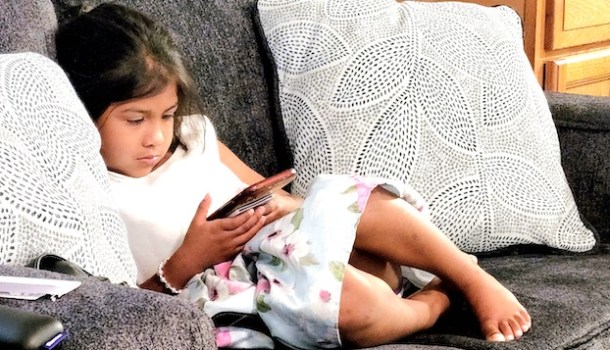 Youngest daughter Daleyza has her own spot on the family couch in the family’s new living room suite. (Karen Thiel)

Mercedes Benitez looks around her new living room and says she still “can’t quite believe this belongs to me.” As she speaks, her son “Junior” wanders into the kitchen, searching for the snack drawer that Mercedes says was nonexistent in the mobile home she and her children shared until about a month ago. Her daughters, Melody and Daleyza, can be heard playing in one of the bedrooms down the hall. That happy activity is a living picture of the American dream, earned by Benitez with help from the local chapter of Habitat for Humanity.

“Our purpose is to make good housing a possibility for people in Beaufort County,” said Butch Strickland, a board member of Habitat’s local chapter. “We are working to give every family a decent place to live,” Strickland said of the program, which was founded in 1976 and based on the concept of volunteers working side by side with those in need of adequate, affordable housing – at no profit to Habitat volunteers or the organization.

Beaufort County’s chapter is one of more than 60 in North Carolina, hundreds across America, and many more in 70 countries in Latin America and the Caribbean, having so far helped more than 39 million people worldwide to “achieve strength, stability and independence through safe, decent and affordable shelter,” according to the group’s literature, which notes that North Carolina is one of America’s top three states for Habitat housing production. A tax exempt 501(c)(3) nonprofit organization, Habitat runs on contributions from all types of donors, most often received in the form of individuals’ donations or corporate grants. The money for this home came from a $15,000 grant by the Weyerhaeuser Company in December of 2021.

The newly renovated home was not simply handed off for free. Mercedes and many of her family members, plus friends and coworkers, put in hundreds of hours of “sweat equity”, assisting professional contractors and other laborers who renovated the home she now calls hers. The three bedroom structure was abandoned by a former Habitat candidate who did not keep up with mortgage payments and other homeowner responsibilities that are part of the program. Mercedes said that, in its blighted condition, the house reminded her of other locations she had to call home after her family moved here from the west coast.

“We left California in 2009. I left my whole childhood behind me, just took my clothes and Mom’s picture album,” Benitez said, adding that she and the family members who left with her had been dealing with a living situation that forced three generations of her relatives to share space in a three bedroom structure. “I used to go to ‘zero period’ at school just to get out of the house,” she said, describing a voluntary early morning study time before regular classes even began, “because it wasn’t as hectic as getting in and out of our bathroom.”

Challenges followed Benitez for several years after moving to North Carolina. Her aunt, Feidi Benitez, said that, at one point, Mercedes had to live in a severely run down trailer – the one where the only space for her son’s “bedroom” was a pantry with a mattress on the floor and curtains for a door. Aunt Feidi quickly added that Mercedes’ dedication to her children motivated her to work three jobs simultaneously to eventually move out of that living situation. She eventually discovered, applied for, and was accepted into the Habitat program.

Once accepted, the next step was all about “sweat equity” – working on the home renovation alongside a crew of professionals.  Mercedes had a lot of support, according to her aunt, who said that at least 10 family members, two coworkers, and another five friends were “regulars” during the renovation. “Her dad was the biggest support. He did most of the hours together with Mercedes,” her aunt said,” and Habitat officials noticed their commitment. “They put in far more than the required hours, which reduced the cost of the mortgage Mercedes is now handling,” said local Habitat board chairman Feryl Master. “The family put in at least 200 hours, and 100 hours is our requirement,” added board member Butch Strickland, who said the group helped with plumbing, heat and air ducts, bathroom updates, a new water heater, kitchen counter tops and back splash, all new flooring, and interior paint.

Positive comments flowed from every one of the Habitat board members and volunteers who worked on the project with Mercedes and the people who worked with her. “I know she was nervous at first,” said Teresa Whitney, the Family Selection Committee member who worked with Benitez.  “But now she’s got more confidence… a new job… she’s budgeting and setting priorities and goals. And her children will just steal your heart.”

According to family members, all of Mercedes’ new blessings are grounded in heaven. “She has learned to never give up and never lose hope, because even when you’ve hit bottom there’s always a way up. We thank God and everyone’s prayers for this change in her life, and for protecting those kids. God listened, heard our prayers, and provided an opportunity for Mercedes. Now she is in a safe place and everything else will follow from here.”

The Beaufort County of Habitat for Humanity can be reached on the web at beaufortcountynchabitat.org as well as by phone at 252-495-0225 or through the mail at P.O. Box 549, Washington, NC 27880