By N.C. Department of Transportation 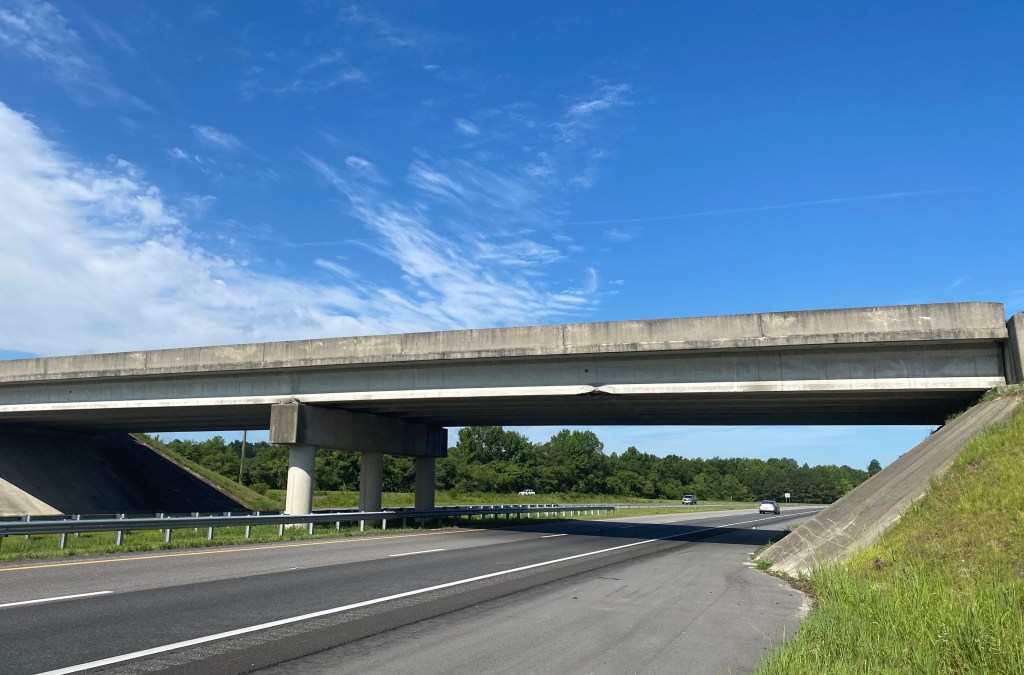 GREENVILLE – A damaged bridge will be repaired and another bridge in Pitt County will be replaced, after the N.C. Department of Transportation awarded a $9.5 million contract this month.
In 2020, the Mozingo Road overpass was struck by a vehicle traveling on U.S. 264, which recently has been redesignated as Interstate 587. A backhoe being hauled on a trailer had its arm stuck up and damaged some of the concrete-reinforced girders.
The bridge was inspected for safety before reopening to traffic. The NCDOT, however, has installed orange-and-white drums to restrict vehicles away from the damaged side of the bridge until it can be permanently fixed.
Conti Civil LLC of Edison, New Jersey, will replace one girder and repair the others, and will replace a portion of the concrete bridge deck. The work can begin in August. The work will require a brief closure of the interstate at night while the girder is removed and replaced. NCDOT will announce the closure via DriveNC.gov.

New bridge
Under the same contract, Conti will replace the N.C. 33 bridge over the Norfolk Southern railroad outside Grimesland. The 84-year-old bridge is functionally obsolete, requiring more maintenance and nearing the end of its useful life.
A new bridge will be built alongside the current one, so drivers can continue to cross over the railroad during most of construction.
The new bridge is scheduled be completed by the fall of 2024.