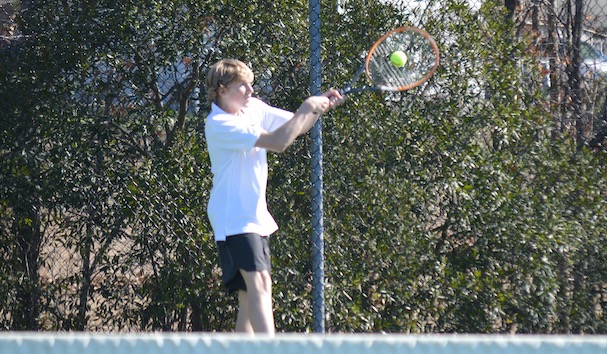 WHS freshman Will Glover returns the ball during a match this past spring. (Steve Barnes/Washington Daily News)

Glover went 10-0 in conference matches at number three singles for the Pam Pack, which finished the year 15-1 with a trip to the third round of the dual team state tournament.