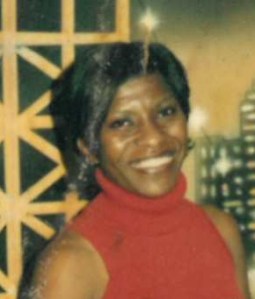 A funeral service will be held at 12:00 PM Saturday July 23, 2022, at Southside High School in Chocowinity and will be officiated by Bishop Serinus Willis. Burial will follow at Reedy Branch AME Zion Church, 408 Durham Creek Road, Blounts Creek. Visitation will be held from 7:00 PM until 9:00 PM Friday July 22, 2022, at Paul Funeral Home & Crematory in Washington.

At the age of twenty, Romunda became an amazing mother to her one and only son Malcolm Johnson. Always aspiring to give Malcolm the best life possible, she moved back to Washington, DC where she raised him. Romunda worked as an administrative assistant for the Dept. of Energy and Walter Reed National Military Medical Center. One of her biggest aspirations was to become a CNA so that she could help other cancer patients and ensure that they received quality care. This is just one of the few examples of how selfless she was.

Romunda was also extremely family oriented. She was the eldest sister to Lamont Whitted, her half-brother Frank “Scooter” White -who both preceded her in death- and Camelia Thornton. Romunda was the person who everyone came to for advice. She was fun, witty, intelligent, fashionable, and sassy. She was also an avid music lover and found a lot of joy in dancing. Romunda loved reading, history, and always kept herself informed of current events and politics. She loved her pets and growing plants in her garden; she was especially proud of the giant Elephant Ear plants that she grew herself. “Roe” was a great cook and loved cooking for her family. She was also the best aunt ever to her nephews who adored her. The boys always looked forward to going to their “auntie’s” house. In addition to her nephews, Romunda shared a special connection with all of her younger family members. In many ways, Romunda was the matriarch of her family and amongst those who had a close relationship with her. She was “bad and boujee” personified. However, more than anything, Romunda loved her son Malcolm immensely; they shared an unbreakable bond.

Never settling for less, Romunda relocated to Blounts Creek, NC where she bought the house of her dreams in 2007. There she met and married Poindexter Murray on December 17, 2014. Romunda and Dex shared many memories and often traveled together while he worked on the road.

On July 10, 2022, our beloved Romunda was called to her eternal home. Malcolm lovingly stayed by his mother’s side to the very end.

Paul Funeral Home & Crematory of Washington is honored to serve the White-Murray family.