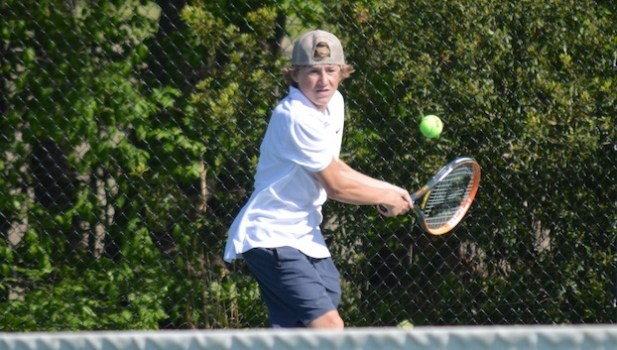 WHS freshman Will Glover returns the ball during a match this past spring. (Steve Barnes/Washington Daily News) 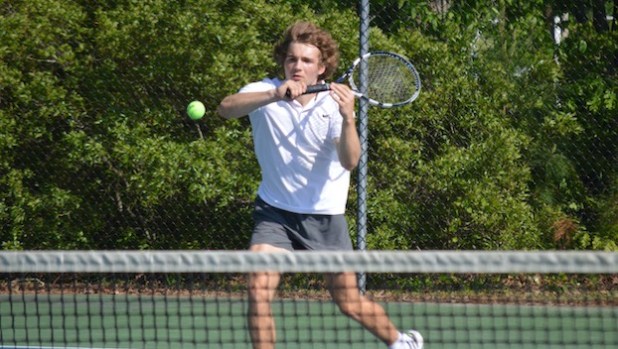 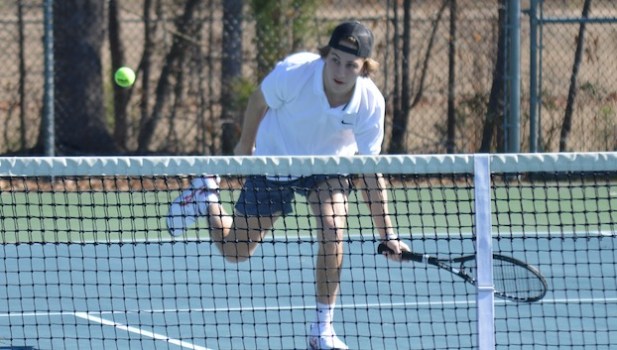 Senior Hunter Moore was part of the Washington High School tennis team that made it to the third round of the dual team playoffs. (Steve Barnes/Washington Daily News)

Seniors Campbell Curtis and Hunter Moore along with freshman Will Glover were named to the 12-player squad from around Eastern North Carolina.

Curtis, the Pack’s number one singles player, and Moore, the number two player, were among four seniors on the team, while Glover, the Packs’ number three player was one of two freshmen.

Curtis and Moore were named to the Eastern Plains All-Conference team, while Glover earned Newcomer of Year after leading the Pack to an undefeated conference title.

Washington finished the year 15-1 with a trip to the third round of the dual team state tournament.

Moore and Glover competed in the individual state meet as a doubles team while Curtis qualified in singles.