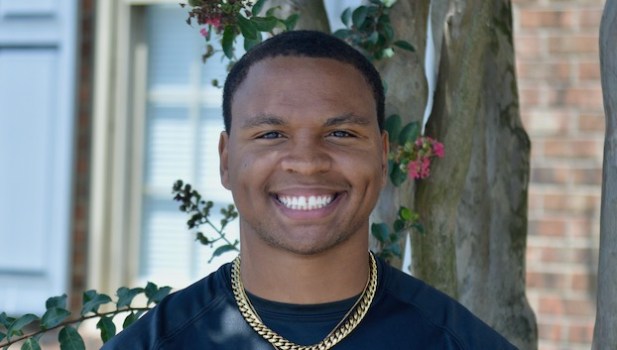 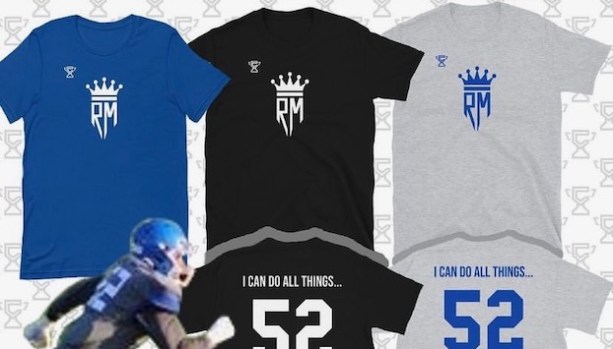 Rod Moore is among the first group to benefit from the new Name, Image and Likeness rules for college athletes. He has his own line of athletic gear. (Submitted)

Two years removed from Friday night’s at Wagner Stadium trying to help Washington High School win football games, Rod Moore’s timing couldn’t have been better. The now-redshirt sophomore at Elizabeth City State is part of the first group of college athletes to earn money for endorsing products and merchandise thanks to new rules covering Name, Image and Likeness. Moore hasn’t hit the jackpot yet, but he’s on his way, and with a new coaching staff in place since January, he’s in position to start at outside linebacker this fall.

Rod: I have a decent following on Instagram and Tik-Toc and a company in St. Louis called Champletes found me. They are new and trying to raise their profile. I didn’t think it was real at first, but I did my research and signed up with them.

Rod: They design and sell athletic gear, hoodies, t-shirts, shorts and other things. They gave me my own line and I post about it on my social media. I have black and white, gray and royal blue and royal blue and white right now, but will branch out into other colors as we go.

Rod: Around $1,000. I’m not getting rich, but every little bit helps. Three or four of my teammates also have deals and a lot of players in our conference (CIAA) have them. It’s a great way for players at HBCU’s (Historically Black Colleges and Universities) to get some recognition and make some extra money. It’s strange to get paid when it used to be illegal, but sometimes your scholarship isn’t enough. There are guys on our team who struggle sometimes and I help them by cooking a meal now and then. Coach Owens at WHS told me his mom used to cook meals for his teammates, so I decided I could too.  It’s also helped me learn about the business world and how things work off the field. It’s been a very positive experience so far.

Rod: Yes and no. I didn’t anticipate our conference shutting down because of COVID-19 my freshman year. I also didn’t anticipate the head coach who recruited me (Anthony Jones) to get fired after this past season. However, I really like Coach (Marcus) Hilliard and they retained my position coach, so I’m excited to get started in a couple of weeks. The new staff took over in January and led us through spring practice, which was really good. I played well in our spring game, so that helped me make a good impression.

Rod: I’m 6’3 and weigh 220 pounds, so it’s better to be at linebacker. I played everywhere in high school, including receiver, so I can adjust. I’m good wherever as long as I’m on the field.

Rod: I started playing in the Washington Youth Football League when I was five. Coach Gerard and Coach Reddick taught me how to play and pushed me to get better. At WHS, Coach Blank, Owens and Heck pushed me even harder. They told me I could work hard to get what I wanted or I could be a coulda, woulda, shoulda guy who didn’t get anywhere. I appreciate all my coaches, parents (Tuyet & Rodriquez), my sister Nafe and everyone else who has helped me play college football.

Rod: Because I’ve always been fascinated with how the human body works. My mom is a massage therapist in Washington and she got me interested in different recovery and rehab methods. It’s also helped me deal with injuries better and how to come back from them.

Rod: My dream has always been to play in the NFL. I’m a sophomore on the field and a junior in the classroom, so I have three years to keep improving. I’m working out six days a week right now and have put on 20 pounds of good weight. I lift three days and do speed and agility drills the other three. With the success Deion Sanders has had coaching Jackson State, it’s helped all HBCU players get noticed more. I’m working hard to make it happen.