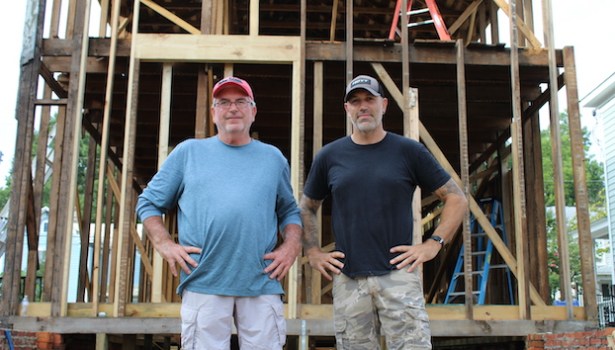 Albert and Vincent Pocoroba in front of 412 E. Main St. 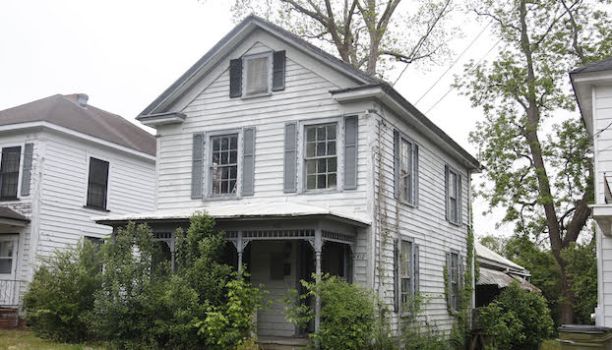 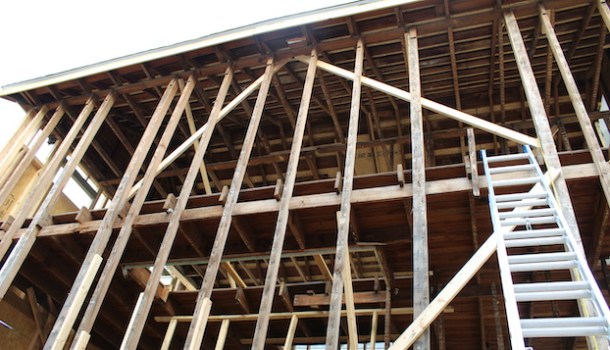 The Pocoroba's started over from the ground up.

Albert Pocoroba and his son Vincent have embarked on quite the renovation project in Washington’s Historic Distract. In February of this year, Vincent and his father-in-law purchased the 1890 Victorian located at 412 E. 2nd St. Vincent bought the home knowing that he wanted to follow in his father’s footsteps of being in the construction business. Albert is a craftsman and has been doing it his entire adult life. So, all it took was a call and Albert headed to Washington from his home in Eldorado Hills, CA.

They knew when they first looked at the home it was going to be a difficult task to bring her back to her glory days. “It’s almost like a Christmas present; you do not know what is inside until you open it up,” said Albert.

Albert said when they first started the demo at the back of the house, they discovered it was rotten all the way from floor to ceiling. Even the floor joists had to be torn out.

“Then, when we got into the front of the original house, we found all of the leftovers in the walls and ceilings from the bats and other critters,” Albert said.  “As we began tearing out the floors, we discovered they were rotten too and had to be removed. Eleven dumpster loads later, all that remained was the shell of the original home. You don’t know what you have until you start working and we have had nothing but major problems.”

Albert and Vincent said both the building department and the Historic Preservation Commission have been incredibly helpful since day one. And they expressed gratitude for the next door neighbor whose home is only 20 feet away and has been so kind and helpful despite all the noise. “Each morning we look to see what progress we are making,” said Albert. “Some days are tougher than others and we have to go back in our minds and visualize where we started. We literally had to get the home leveled as it was off by as much as three inches in some corners from the highest point. That’s where we started and now it is all about putting it back together.”

The plan from the start was to bring the home back to life, and to restore it to its original look from the 1890’s. That included the siding, the windows, everything. They want to make it look exactly how it did when it was first built.

As for the timeframe, they originally had hoped it would be ready for drywall in six-to-seven months, but now nine months is looking more realistic. “It is just the way it is,” said Albert.

This truly has been a learning experience for Vincent in his journey to get into the construction business. It is safe to say he has been the apprentice on this job. “He has helped me in the past,” said Albert. “He has done one remodel already, but this is a tough one. He might be struggling just a bit but he is learning a lot and bumping his head from time to time along the way. But that’s what everyone does when they start doing something like this. It is coming along and I am happy with the progress.”

Vincent, who is quite soft spoken said, “It will really be nice to be here in a smaller, peaceful town and closer to my wife’s family in Bath.” Once finished, they will make the move from Raleigh, and can start planting their own roots in Washington.