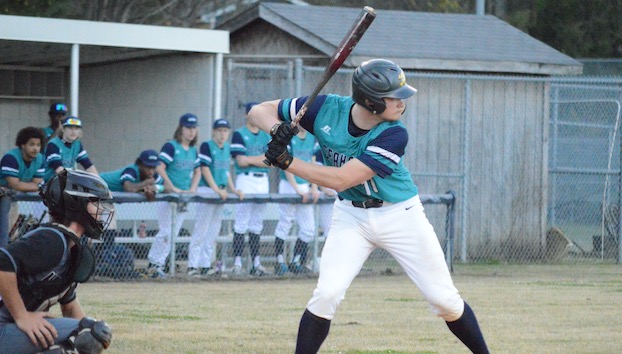 The Class of 2022 Seahawks graduate hit .422 with 23 runs batted in during his COVID-19 shortened junior season to earn the Coastal Plains Conference player of the year award.

A catcher for the Seahawks, he hit .316 with 20 RBI and 13 extra-base hits, including three home runs during a full season this past spring and had to wait to find a college home.

“It took him a while to get going this spring for a number of reasons,” Southside coach Daniel Folk said. “He was trying to carry the load for the team all by himself and was pressing at the plate. He was fine once he relaxed and let the game come to him. He’s a hard worker who hits every day on his own when he’s not playing. He’s shown his versatility in the field this summer and will make an impact at Lenoir.”

Folk was the assistant coach for the Pitt County American Legion summer team that ended up making it to the state tournament. He and head coach Ryan Meadows invited Gerard to join the group, along with Seahawks pitcher Walker Hill, and he made the most of it.”

“They (the Legion team) already had catchers and first basemen, which were my two positions in high school and travel ball,” Gerard said. “They asked me to play the outfield and I ended up playing a lot in left and some in right (field). I enjoyed it and hit the ball well, so that’s how the Lenoir coaches noticed me.”

Gerard said one of the Lenoir assistants contacted him via Twitter, asked to see video and told him to apply to the school. He met the coaches in person and toured the campus shortly after and decided to accept their offer.

“They told me I could help them the most in the outfield, which is fine with me,” Gerard said. “I’m planning on my bat keeping me in the lineup somewhere and I’m grateful to Coach Folk and Meadows for giving me a chance this summer. I’m excited to keep playing and am looking forward to starting fall workouts.”

Classes started this week and workouts begin next month. The community colleges played a weekend schedule against four-year schools from around the area later next month.