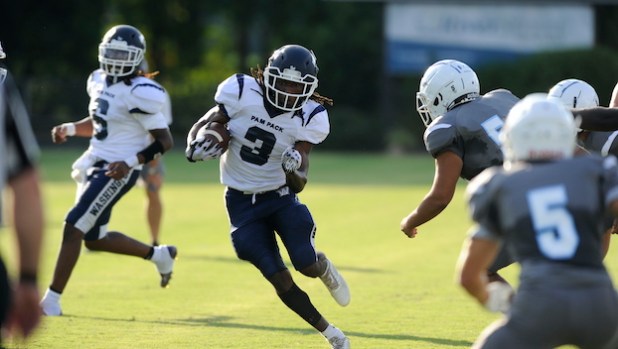 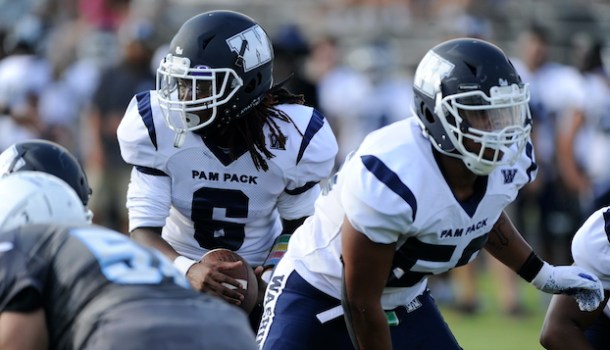 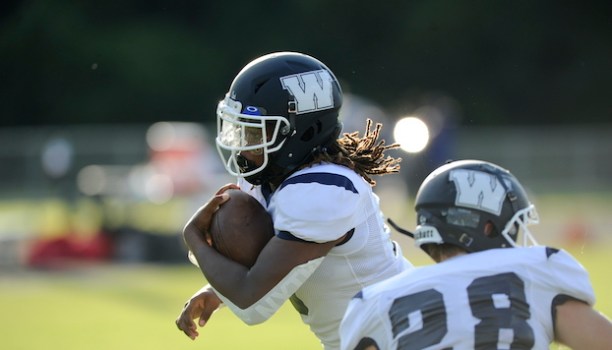 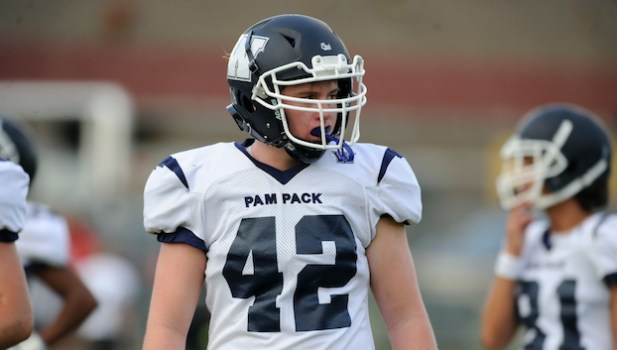 A major chunk of the Pam Pack’s high-octane offense left the field when running back Terry Moore and quarterback Hayes Pippin walked across the stage near the endzone this spring.

The dynamic duo combined for over 5,000 rushing and passing yards and 60 touchdowns as WHS averaged almost 45 points a game in a 10-3 season.

Here’s how the talented, but inexperienced Pack breaks down.

Quarterback: Head coach Perry Owens compares Carter to former All-Conference performer Antwone Godley, who was as much of a threat with his feet as he was with his arm.

“Chris has done an amazing job with only three weeks of practice and one scrimmage under his belt,” Owens said. “He’s an excellent athlete with tremendous speed and he’s learning his reads as he goes.

Carter was a quarterback in the Washington Youth Football League and at P.S. Jones Middle School and Owens said he’s adjusted to the faster offensive pace so far.

“He gives us a different look under center and will get better and better as he gets comfortable back there,” Owens said.

Running Backs: Juniors Gary Payne and Josh Gordon have waited patiently behind Moore and both played some on defense and special teams last year. Payne is listed at 6’4 and 225 lbs., while Gordon is smaller, but shiftier. Sophomores Gabe Davis and Keondrick Melton will also see time in the backfield.

“Gary has length and size and will be hard to bring down,” Owens said. “Josh can do it all except throw. I see both of them getting 1,000 yards if they stay healthy.”

Receivers: Hunter Baldree, Christian Norman and Bryant Smith probably won’t touch the football as much if Davenport was the quarterback, but they are all excellent blockers according to Owens.

“We’ll be more of a run first offense this year, but these guys are still very important,” Owens said. “We’ll look for them in play action situations and they have big play capability. They will see more action as they get their timing down with Chris.”

Offensive Line: Two-time All-Conference center Myles Jackson returns for his senior year along with guard C.J. Elks and tackle Kevonte Collins. Newcomers include guard A.J. Privott, tackle Dezion Horton and H-back Trequon Haywood. “We really need to stay healthy along the front,” Owens said. “Myles is an excellent leader for us and reads the defense well. Those guys move well and are physical, but some of them lack varsity experience.”

Defensive Line: Senior All-Conference tackle Austin Waters returns along with Khalil Rogers and junior Keyshawn Smith. Payne and Jackson will also spend time at end this fall. “This is a veteran group who should be much-improved over last year,” Owens said. “They are fast, strong and athletic, so we expect our defense to be a lot better.”

Linebackers: Senior Dawson Mitchell, junior Walker Heath and sophomores Gabe Davis and Landon Jones will see the bulk of the time. Davis was promoted to varsity early last season because of injuries and ended up with 90 tackles. “I expect him to be big for us again and I think Dawson Mitchell will have a break-out year,” Owens said. “He’s smart and watches a lot of film on his own. I’m excited about this group.”

Secondary: Owens expects sophomore Jamel Corie and Jonathan Carter to start at the corners with seniors Koby Munday and Nazzir McCall at safety. “Koby is a very smart defensive player and knows the angles,” Owens said. “Jamel has a lot of potential at corner. We are trying not to play Chris Carter both ways, but you might see it some later in the year.”

“I think our guys are young and hungry and ready to blaze their own trail,” Owens said. “Terry, Hayes and those other graduates cast a long shadow, but I tell the new ones to just be themselves. They didn’t lose a JV game in two years and I think they are ready to have varsity success.”