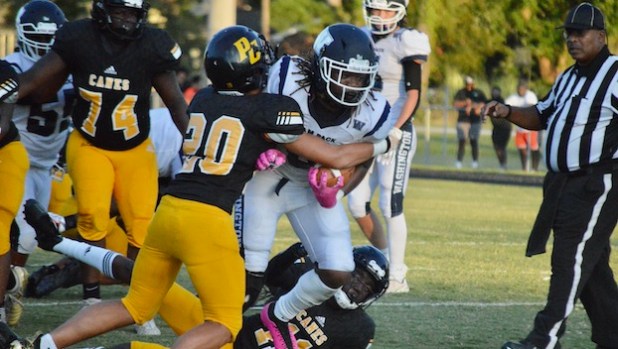 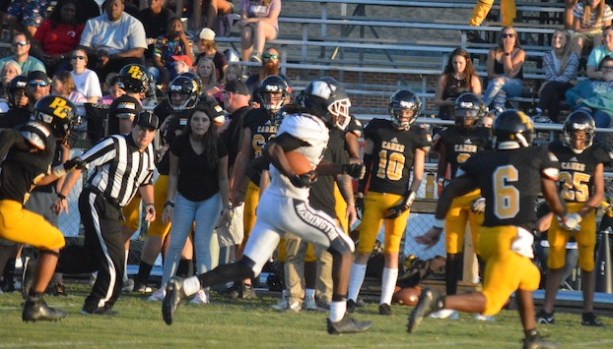 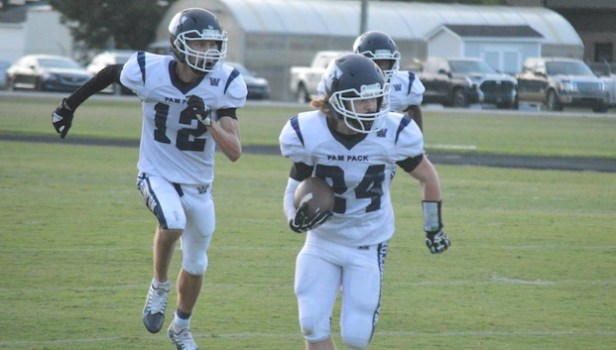 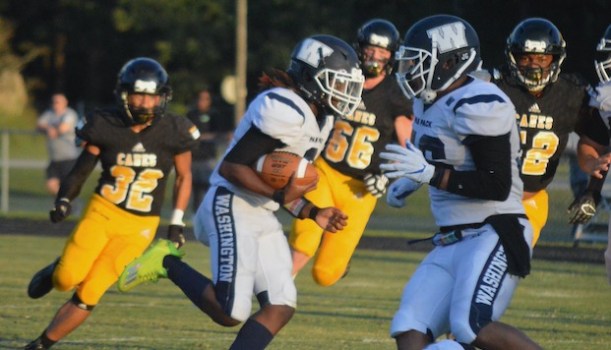 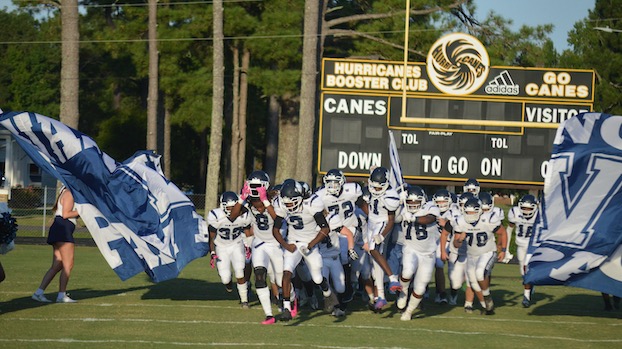 The season’s initial first down took almost a full quarter.

The Washington High School Pam Pack shrugged off the slow start with a strong final three quarters to defeat Pamlico County, 42-12, in a game that was moved up a day because of potential rain Friday.

Washington earned the right to keep the ball beyond four plays on their third drive of the season after forcing the Hurricanes to punt three straight times.

Pamlico’s first first down came on a pass interference penalty, but sophomore Landon Jones picked off the next pass.

Sophomore Keondrick Melton scored from 20 yards out on the net drive for a 13-0 halftime lead.

“I thought we were shaky in the first quarter, better in the second, solid in the third and great in the fourth,” coach Perry Owens said. “We have a lot of young guys who are starting on varsity for the first time and our quarterback has been our quarterback for four weeks. He looked special at times and confused at others, but he’ll continue to improve.”

Owens was talking about senior Chris Carter, who was an All-Conference cornerback last year and volunteered to move under center when the presumed starter moved out of the area late in the summer.

Carter threw a swing pass that Melton turned into a 20-yard touchdown early in the second half for a 19-0 advantage.

The home team scored on the next drive, but Washington answered behind junior Josh Gordon’s 17-yard scoring run and Payne’s two-yard score.

Pamlico went for it on fourth down deep in their own territory late in the game and failed both times, which led to touchdowns from Payne and Melton to set the final score.

“Our defense looked a lot better tonight because the investment we made in some younger guys last year,” Owens said. “They hit a couple of home runs on us tonight, but we kept them from driving on us. I’m proud of everyone’s effort, but we are going to need more next week against Northampton.”