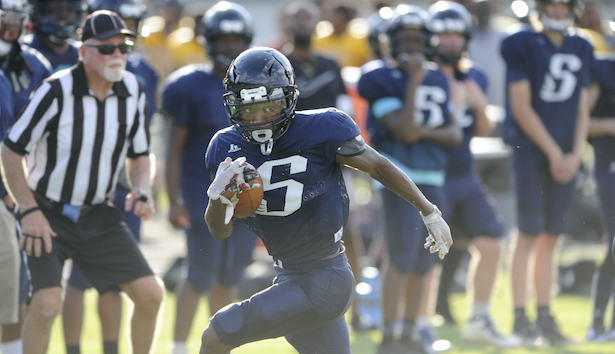 The Southside Seahawks used a solid running back and a stout defense to defeat North Duplin, 21-6, on the road Friday night in both teams season opener.

Senior Darren Joyner had 62 yards on 10 carries and freshman fullback Brian Salinas added 39 yards on eight carries as the Seahawks totaled 254 rushing yards, while holding the Rebels to 195.

Moore scored Southside’s first touchdown on a 20-yard scamper midway through the first quarter for a 7-0 halftime lead.

Joyner made it 14-0 with a six-yard run late in the third period, then Moore’s 14-yard run early in the final stanza made it 21-0 before North Duplin scored with four second left.

Southside outgained the home team 254-214 and neither team had a turnover.

Both Seahawk passes were incomplete, while the Rebels were 1-1 for 19 yards.