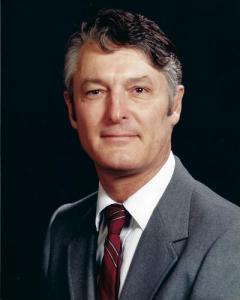 S.L. Willard, beloved husband and father, of Norfolk, VA, passed away on August 15, 2022 at the age of 84. He was born on September 1, 1937 in Washington, NC. He received his bachelor’s degree in Electrical Engineering from Old Dominion University after serving in the U.S. Army.

Larry and his family made Fredericksburg, VA their home for over forty years. He retired from Naval Surface Warfare Center in Dahlgren, VA after a long career as an Electrical Engineer and Scientific Advisor, earning a patent, receiving multiple service awards and traveling to over 75 countries. He will be remembered for his brilliant sense of humor, impressive tennis game and willingness to help anyone in need.

The funeral service will be held on Saturday, August 27, 2022 at 11:00 am at H.D. Oliver Funeral Apartments located on Colonial Avenue in Norfolk. It will be immediately followed by a celebration of life. In lieu of flowers, donations may be made to the Alzheimer’s Association. Online condolences may be offered to the family at hdoliver.com.