High Five: X marks many spots for the Seahawks 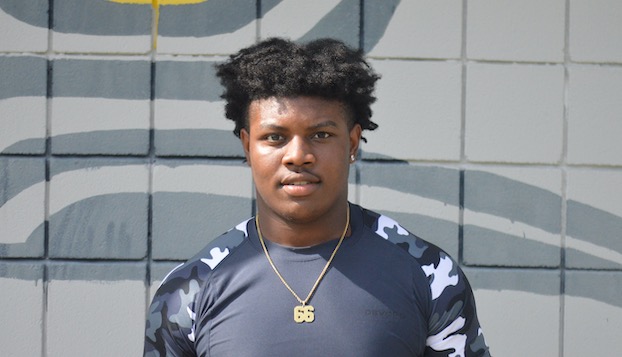 Southside senior Xavier Ham is a Chocowinity native and a four-year member of the Seahawks football program. He also plays basketball and throws the shot put for the track team. He’s a left tackle on offense and has moved to linebacker on defense.

Xavier: I’m really looking forward to experiencing a normal senior year. COVID messed up my first two years, so it will be nice to have a totally normal school year. I also think this will be my best year academically. Math and Science are my two favorite classes, but I’ve taken all my requirements. I think my Spanish and English classes will be interesting and I think it will be fun to have the rest of the school looking up to the seniors.

Xavier: We learned some new plays and found out they worked in our first game against North Duplin. As juniors, we figured out that the off-season workouts but us in shape to have a good year (11-2) last year, so we were ready to make that commitment again this summer. I lost about 30 pounds (down to 240) and the coaches switched me to linebacker from the defensive line. It’s been fun so far because I’m faster and can cover more ground.

Xavier: We won, so that was the best part, but busting through the banner to finally start the season was really fun. The seniors have been talking about this since the first summer workout. It was our first last game, so we were really excited.

Xavier: I have a job stocking produce at the Chocowinity Food Lion, so I’m there a lot. It was most every day during the summer and I’ll work weekends during the school year. I do have some time to hang out with my friends.

Xavier: I’d like to play football in college somewhere. I’ve had some interest from the smaller schools, but nothing is set yet. If that doesn’t work out, I’ll go to one of the bigger schools and probably major in science. We’ll see how this football season goes and take it from there.