High Five: Davis is an athlete for all seasons 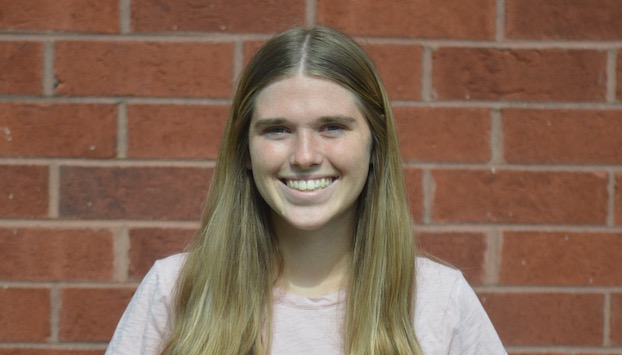 In this age of high school athletes specializing in one sport and playing it year-round or taking a season off between sports, Washington High School senior Lilly Davis is a throwback. She’s played golf in the fall, swam in the winter and played soccer in the spring all four years at WHS. She’s a defender in soccer and swims the 50 and 100 freestyle and is part of a relay team.

Lilly: Soccer, without a doubt. I’ve been playing in the Washington Optimist rec league since I was four and it’s definitely my favorite sport. I’m also getting ready to start my second season as a referee in that league in a week or so.

Lilly: I’m mainly with the little kids, so not really. We spend a lot of time teaching them how to do throw-ins and other things correctly, so everybody is pretty laid back. We give them a lot of chances before we call things. I did a tournament for the 13-year olds last year and they said some things, but I handled it.

Lilly: My dad, Greg, got me into it when I was 12. The Washington Yacht and Country Club had a youth team during the summer and we played several different courses. My grandpa has also encouraged me to keep going. My dad and brother (Tucker) help me with my technique and I’ve improved my drives with their help and as I’ve gotten stronger. Golf is a fun way to stay active. I started swimming to stay in shape for soccer. It’s helped me run longer without getting tired and I enjoy competing in the meets and cheering for my teammates.

Lilly: College somewhere, but I’m not sure where. Maybe ECU, maybe somewhere else for soccer. I also not sure of a major just yet, but I do plan to go on somewher