Seahawks soccer off to a hot start 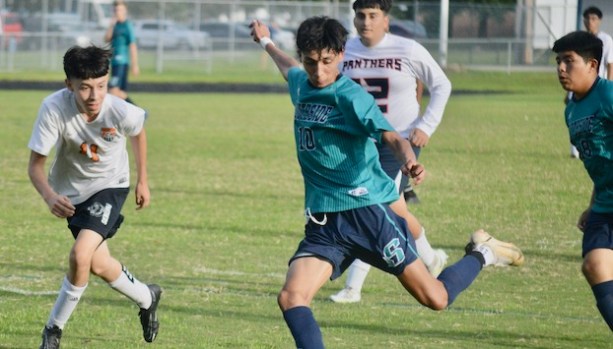 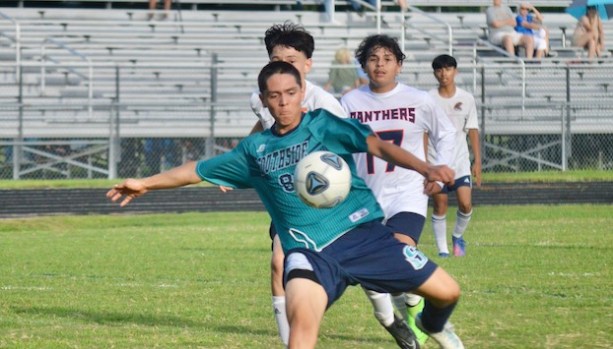 Coming off a 14-5-1 season with a trip to the second round of the 1A state soccer playoffs and the majority of the players returning, the Southside Seahawks were primed for another solid year.

So far so good, as they are off to a 4-1 start after Monday’s 3-2 home victory over North Pitt that avenged a 2-1 loss in the season opener.

“This year’s senior group has really stepped up with some gutsy play for us so far,” coach Jay Petty said. “They’ve played tough and courageously, which has helped a lot in the early part of the season.”

Junior Kenny Avila Esparza has set the early tone on offense with a team-best seven goals, including the first two in Monday’s win.

“He’s like a point guard in basketball,” Petty said. “Our offense flows through him and he’s just as good a passer as he is scorer. He does a great job setting other guys up to score and is very unselfish.”

“Balanced scoring really helps because it’s hard for our opponents to key in on one guy,” Petty said. “We know Kenny gets a lot of attention, but we have several guys who can score when he does. It really helps that our guys are looking for assists as often as they are looking for goals.

Petty points to seniors Trey Alligood and Caleb Dixon along with senior goal keeper Carson Edwards as the defensive leaders.

“Those guys have been great so far,” he said. “Carson is starting his second year playing and has made some nice saves.”

The Seahawks play 2A opponents most of the time because 2A East Carteret and 1A LeJeune are the only conference schools who field soccer teams.

“1A opponents are hard to find in the East, but there are plenty to 2A schools nearby,” Petty said. “We try to play teams who will prepare us for post-season. This team has a different dynamic and we’re still trying to find our groove. We are steadily improving and have a chance at another successful year.”