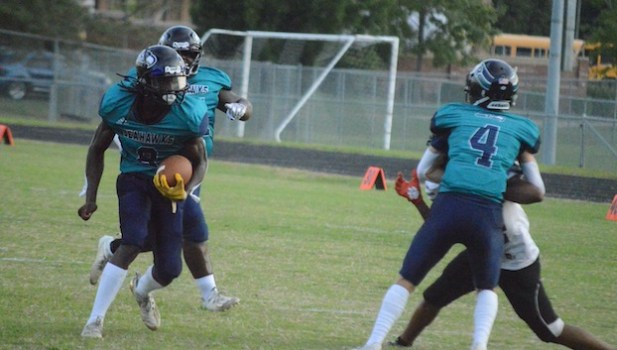 Darren Joyner gets a block from Nolan Dixon (4) on his way to the endzone against South Creek. (Steve Barnes/Washington Daily News) 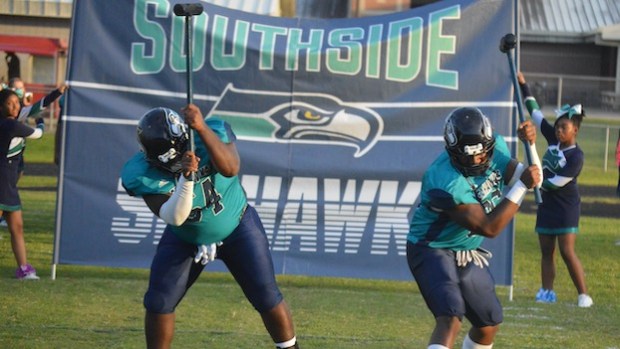 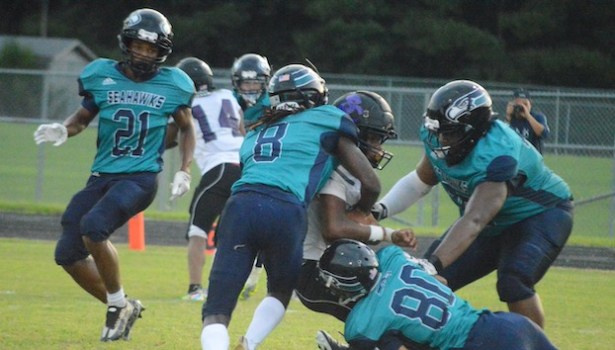 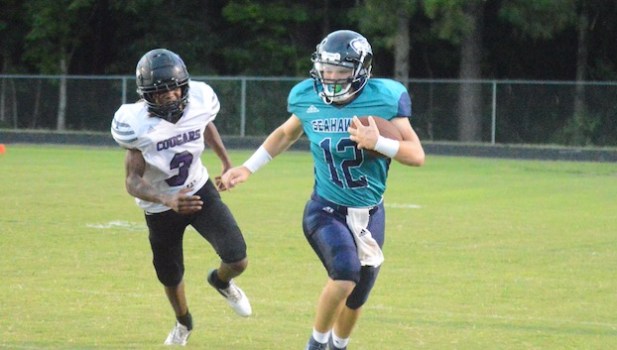 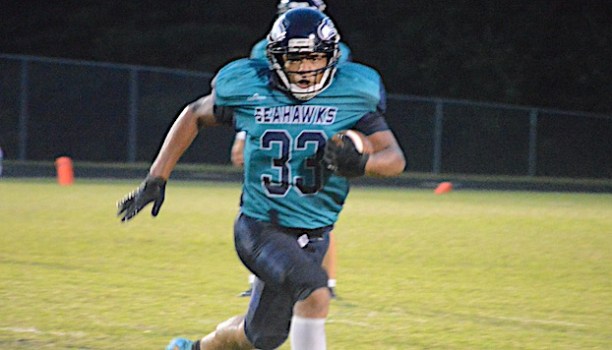 Xavier Ham led the Southside defense with eight tackles, while Jacob Taylor had five, including three for a loss.

Southside led 13-0 at halftime, but scored twice in the third quarter and once early in the fourth quarter for a 33-0 advantage.

South Creek scored for the first time this season with seven minutes left.

“They are much better than last year and competed until the end,” Seahawks coach Jeff Carrow said. “We executed well for the most part and our offensive line did a good job blocking on the edge for Tater and DJ. We had a better second half and put some points on the board. We’ll take the win and clean up some things for next week.”

Southside hosts Riverside in a battle of unbeaten teams Friday.

After a scoreless first half, the Pack trailed 7-0 in the third quarter. After stopping the Falcons on fourth down, junior Gary Payne capped a short drive with an eight yard scoring run. The extra point was no good. The defense stopped South Central again with three minutes left and Payne scored on the first play with a 28-yard run.