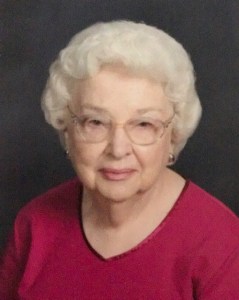 Gay entered the world November 23, 1929, in Greenville, North Carolina and grew up as the big sister of two brothers. Gay worked at Bissette’s, a downtown Greenville department store to pay for her tuition at East Carolina Teachers College, now East Carolina University. Graduating with an Education Degree, she began her teaching career in Rocky Mount and then Kinston. But when her one true love returned from the U.S. Navy, she married the L. B. (Pete) Venters on August 31, 1958.  After two children, they moved to Washington, NC where Gay continued her 30-year career with the Washington City Schools at John Cotten Tayloe as a third and fourth grade English teacher. Later Gay had her third child and her love for children and education continued past the classroom to local libraries as special guest and author of poetry and tall tales.

Gay was an active member of Second Baptist Church in Washington. Her beliefs never wavered in her love for Christ, her country and her family.

Graveside services were held 3:00 p.m. Tuesday, September 6, 2022, at Pinewood Memorial Park in Greenville, officiated by Pastor Phil Hayes. The family greeted friends for food and fellowship at 1:00 p.m. at Second Baptist Church in Washington prior to the service and at the cemetery following the service.

Paul Funeral Home & Crematory of Washington is honored to serve the Venters family.