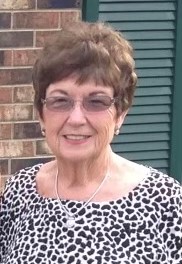 Jacqueline House Carawan, 84, of Plymouth, NC passed away peacefully at her home, while surrounded by her loving family, on Thursday, September 8, 2022. Born March 28, 1938, in Henderson, NC, to Jack Warren House, Sr. and Lucille Murphy House. She was married for 62 years to her loving husband Jesse Carawan.

In addition to her parents, she was predeceased by her brother Jack House Jr., and her sister Ann House Landing.

She is survived by her husband, Jesse Carawan, her daughter Annalisa Carawan Morgan, husband Bill Morgan, and their family Hunt, Parker, and Annaleigh, of Camden, NC. Her son Jay Carawan, wife Lisa Hampton Carawan, and their family Savannah, Cole, and Sophia, of Moseley, VA. Her sister-in-law Dot House and many nieces, nephews, and cousins.

Jacque loved her Plymouth HS 1956 graduation classmates. They have been lifetime friends since the first grade. After graduating from East Carolina College, she immediately began her teaching career at Thalia Elementary School, Virginia Beach, VA. Then, moving back to Plymouth and after marriage, she taught at Jamesville Elementary, Plymouth Elementary, Lawrence Academy, and Martin Community College.

She loved to travel around the country with her husband on his business trips and did frequently when she could. She met a lot of his friends and made friends with their wives. She enjoyed Cruising and air travel to interesting places and countries around the world.

She was an avid Bridge player all her adult life, and a member of many bridge clubs in the area. She enjoyed playing bridge on-line with people all over the world using a google app.

Jacque was also known as Nana and was a wonderful grandmother who loved her grandchildren and enjoyed attending many of their functions during the years. She loved her family with all her heart!

The celebration of her life will begin at 11 AM on Saturday, September 17, 2022 at Hebron UMC, 206 Buncombe Avenue, Roper, NC, followed by a luncheon at the Mackeys Fellowship Hall, located at 17 Mackeys Road, Roper, NC.

Memorial contributions may be made to Rehoboth Church Preservation Society, Attention Chris