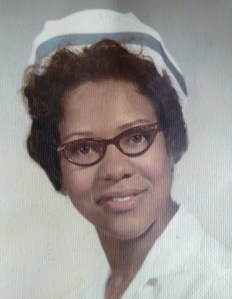 Jettie Louise Oden Hill, departed this life on September 6, 2022 at the age of 84.  She was the daughter of the late Golden Oden, Sr. and Mamie Daniels Oden and was born on September 5, 1938 in Bath NC.  She was the third oldest of nine children and the second daughter born to Mamie Daniels Oden.  She graduated from Beaufort County High School in May of 1957 in Pantego, NC and married Charles Hills of Washington, NC in the same year.  Shortly after marriage, she migrated north to Brooklyn, NY where she later entered nursing school and received her LPN license.  She worked in various medical facilities before returning to her roots in 1997 to Bath, NC to provide care for her mother.  Jettie was preceded in death by her grandmother, Dora Clark, parents; Golden Oden, Sr. and Mamie Oden, uncle, Leavy Bailey, a sister, Eunice Oden and a brother, Golden Oden, Jr. She is survived by two sisters Constant R. Cuthbertson and Dora F. Rawls, four brothers, William Daniels, Sr., Dr. Roger Oden, Jessie Oden, and Leslie Oden.  Two sister in-laws, Peggy Oden and Gloria Oden, a very special nephew, Richard L Oden, Sr. (Sonia) fourteen nephews and five nieces a very special girlfriend, Shirley Coleman (Frank) and a host of other extended family and friends.  Her request was to donate her remains to science to advance the understanding of various diseases and for the development of new treatments.