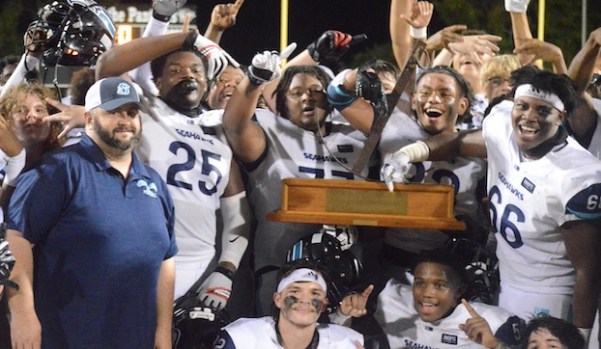 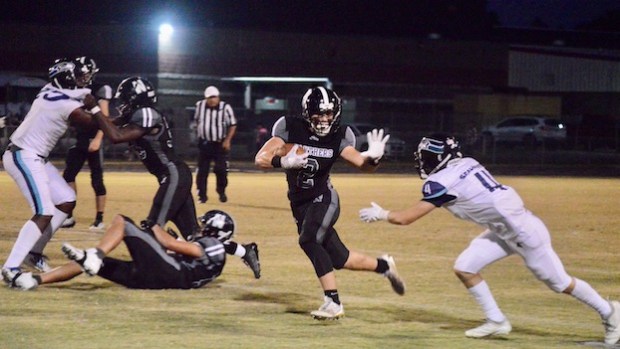 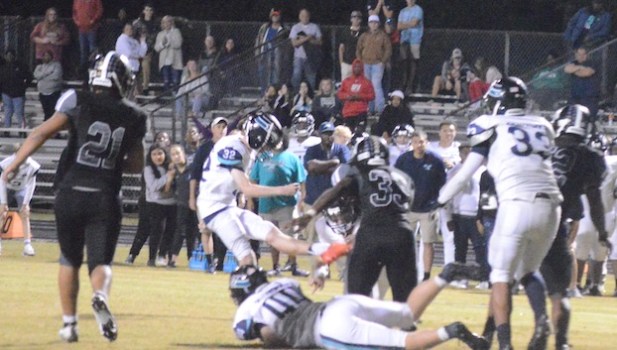 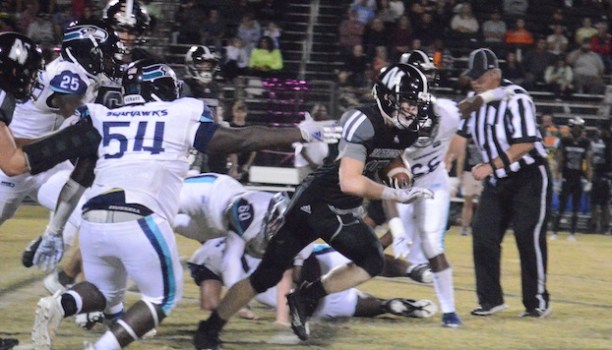 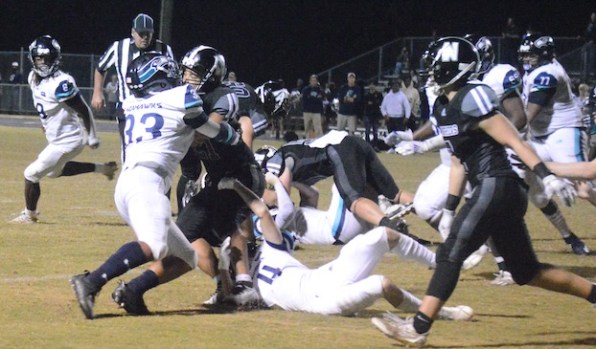 The Anchor Bowl trophy is back in Chocowinity for the first time in four years after Southside’s 10-7 victory at Northside Friday.

Click HERE to check out a photo gallery from the game.

The home field disadvantage continues as the visitors have won 14 of the last 18 games. Northside (3-4, 0-2) had won three straight and four of the last five, but the Seahawks (5-2, 2-0) overcame multiple penalties with two big plays to extend their lead in the all-time series to 14-8.

After a scoreless first half, senior quarterback Walker Hill found Tequan (Tater) Moore, who made a tumbling catch at the Northside five yard line. The defense held, but Gabe Matthews nailed a 24-yard field goal for a 3-0 Southside lead with 2;33 left in the third quarter.

Northside moved inside the Seahawks 20 on the next possession after Southside was called for two 15-yard penalties on the same play.

Former Seahawk Jamie Corprew scored on an 18-yard run for a 7-3 Panther lead.

Southside went back to the air in the fourth quarter as Hill hit Darren (DJ) Joyner on a fourth and 25 pass that gained 27 to the Northside 15. After two running plays went backwards, Hill and Joyner combined on a 22-yard touchdown pass that proved to be the game-winning play.

Northside’s final drive ended at the Seahawk 25 when the fourth down pass was batted down.

“It’s great for our seniors to have the Anchor Bowl trophy in our trophy case for the first time,” coach Jeff Carrow said. “Our defense was outstanding all night and the offense overcame the penalties. Walker (Hill) did a great job throwing the ball and we pulled it out. Hat’s off to Northside. Coach (Keith) Boyd and his staff do a great job.”

Neither team’s offensive execution was consistently crisp and Boyd thought that cost his team a chance to win.

“We had way too many penalties and missed assignments, but our defensive was outstanding,” Boyd said. “They made one more play than we did and the credit goes to them for executing it.”

Meanwhile, Washington fell behind 20-0 at halftime to league-leading Greene Central before a second half rally fell short in a 26-13 defeat. The Pack (2-5, 0-3) closed to within 20-13, but couldn’t convert on their final drive.