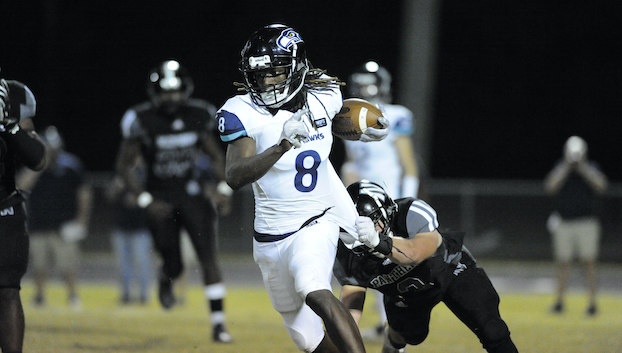 The Anchor bowl trophy returned to Southside High School for the first time in four years after the lowest scoring game in series history. The Seahawks (5-2) got past host Northside (3-4), 10-7 in the annual battle between county rivals. Yards (and stats) were hard to come by, but Southside senior Darren (DJ) Joyner made the biggest play, which keeps him at the top of the Top Three chart for the second straight week.

Best of the Rest: Northside: Seniors Jayvion O’Neal and Elijah Holloway led a Panthers defense that limited Southside to 38 yards rushing. O’Neal had six tackles, including two for a loss, while Holloway also had two for loss. Junior fullback Jamie Corprew scored the Panthers only touchdown on an 18-yard run in the fourth quarter.

Southside: Junior Tequan (Tater) Moore had a 34-yard pass reception that set up Gabe Matthews’ 24-yard field goal for a 3-0 advantage at Northside. He added 11 rushing yards and made seven tackles. Manvonte Deloach caught a 35-yard pass and linebacker Xavier Ham made five tackles, including two for loss.

Up next: It’s homecoming for the three Beaufort County public schools. Northside hosts Jones at 6 p.m., while Southside entertains LeJeune and Washington takes on North Pitt at 7 p.m. and Pungo Christian Academy travels to Mattamuskeet.